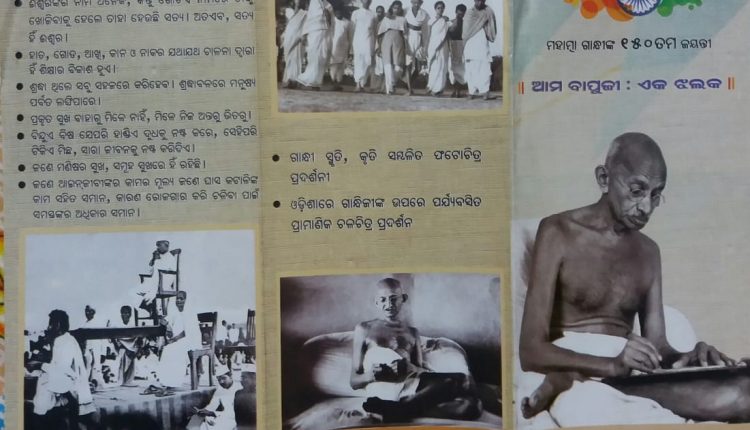 Bhubaneswar: A two-page booklet on Mahatma Gandhi’s death, published by Odisha’s School and Mass Education Department has created ripples of controversy and invited the ire of intellectuals.

The booklet, Aama Bapuji: Aka Jhalaka (Our Bapuji: A Glimpse) says that Gandhiji died in New Delhi at the Birla House on January 30, 1948 due to an ‘accidental sequence of events’. Replete with photographs, the booklet is being distributed in all schools across the state as part of the commemoration of Gandhiji’s 150th birth anniversary.

Intellectuals have condemned the state government for overlooking this fact and have demanded that the state School and Mass Education Minister Samir Dash should immediately withdraw the booklet, which they say is a misrepresentation of facts and a deliberate attempt to mislead the younger generation.

Manoranjan Mohanty, social scientist and former professor at Delhi University told The Wire, “The whole world knows that Godse, a Hindutva radical, murdered Gandhi. But the state school and mass education department has tried to conceal this fact from our future generation.”

However, senior journalist Rabi Das said although the contents of the booklet were shocking, it was imperative to ascertain if these had been received from the central government or if they had devised it on their own.

Reacting to the booklet, Lok Shakti Abhiyan convenor and leading social activist Prafulla Samantara told The Wire, “The historical inaccuracy on Gandhiji’s death is a tremendous disrespect to the father of the nation when we are celebrating his 150th anniversary and the state government should immediately enquire about the person responsible for the mess and take appropriate action against him.”

Samantara said that the ‘mischievous’ booklets printed in lakhs had already reached many schools for distribution and that they should be withdrawn and factually corrected before redistribution.

Reacting to the controversy, the Odisha School and Mass Education Minister Samir Dash ruled out any deliberate attempt to distort history. He said that mentioning an “accidental sequence of event” was only meant to avoid hurting the “sentiments of sensitive children” (who might not like to hear about murder or killings). “Even a firing incident is an accident,” he claimed while speaking to The Wire, before adding, “But it would have been better if the facts had been further elaborated.”

Regarding the demand to withdraw the booklets, Dash said that he would speak to the department officials and enquire as to what could be done.

More Than One Kg Gold Seized At Bhubaneswar Airport