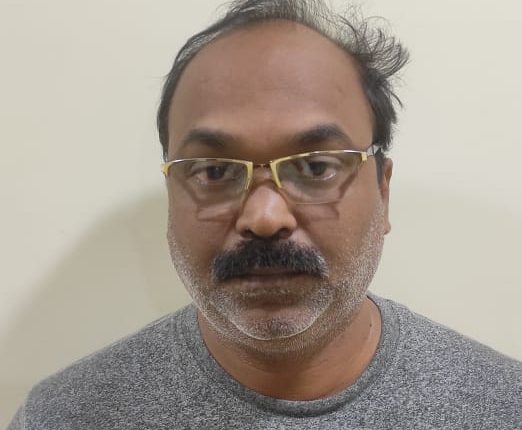 He will be forwarded to court on Sunday, an EOW release said.

According to sources, Pattnaik was arrested from the city on Saturday on the basis of a complaint lodged by Jyoti Shankar Panda against him and three others, alleging that he cheated him to the tune of Rs 1.15 crore and many others on the pretext of providing flats in ‘Basera Fresco’ project at Sijua, Bhubaneswar.

The investigation revealed that Panda and his brother Subha Shankar Panda had booked a 3BHK flat in ‘Basera Fresco’ for Rs.41,50,000. An ‘Agreement for Acquisition of Ownership in Apartment’ was executed on April 25, 2016, in the presence of Pattnaik and flat No.306 was allotted to the complainant with the condition that it would be handed over within June 30, 2017.

A housing loan of Rs.32,00,000 was sanctioned to the Panda from Allahabad Bank, Old Station Square Branch, for the purpose, and a tripartite agreement was signed between the bank, builder and the complainant. The bank released Rs.18,50,000, which was credited to the account of Basera Designs Pvt Ltd.

However, the accused neither handed over the flat to the complainant nor did he return the amount received from him. The accused also did not renew the approval of BDA, which should have been done after 3 years.

The EOW said that Pattnaik along with his wife Suchitra Bisoi and another director cheated several other gullible to the tune of Rs.1.72  crore in a similar manner. After a substantial amount of loans from several banks was disbursed to Basera Designs Pvt Ltd,  the accused closed down their office at Palasuni, Bhubaneswar, and absconded.

Pattnaik and his wife, MD and Director of the company respectively, have also cheated so many other investors in their different projects like ‘Basera Brindaban’, ‘Basera Impression Plus’, ‘Basera Harmony’ and ‘Basera Angan’.

Another case was also registered against the accused, his wife and others in 2018.

Earlier, one accused was arrested in the case and forwarded to the court. Many incriminating documents related to the fraud, including some forged documents, have been seized, the release added.