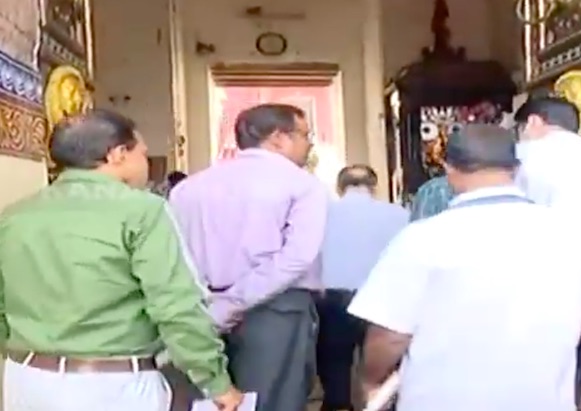 Puri: A high-level team of the Archaeological Survey of India (ASI) arrived at Jagannath Temple in Odisha’s Puri on Sunday for an inspection of the cracks in Nata Mandap of the 12th-century shrine.

Sources said that the expert team will provide necessary suggestions for the preservation of Nata Mandap and Jagamohan and hold detailed discussions on the maintenance of the pillars. It will also review the cracks on Garuda Stambha, facing Singhadwar.

The ASI is undertaking the repair works, which are expected to be finished by March 31, 2023.

In October, the amicus curie, in an affidavit submitted to Orissa High Court, had expressed displeasure over the repair and restoration works.

After a gap of over two and half years, the HC has resumed monitoring the renovation and conservation work by the ASI at the Jagannath Temple.