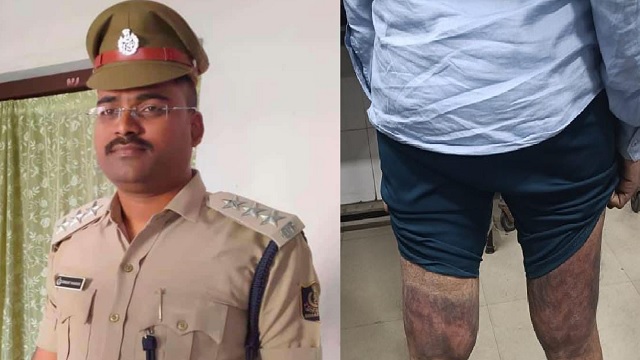 Berhampur: Inspector-in-charge (IIC) of Gopalpur police station in Odisha’s Ganjam district, Shrikant Khamari, has been transferred for allegedly thrashing a businessman in custody.

According to sources, Smrutirekha Sahu of Ambapuar under Gopalpur police limits had lodged a complaint at the police station on November 27, alleging that a businessman, Suman Kumar Sahu of Kandhamal district, was not repaying a loan of Rs 12 lakh which he took from him.

On basis of the complaint, a case was registered at Gopalpur police station. Suman was later picked up by police from Raikia and kept at the police station, where he was allegedly brutally thrashed.

Suman sustained critical injuries and had to be rushed to MKCG Medical College and Hospital. He was later dropped at Raikia.

Following this, Suman and his wife Subhadra went to Kandhamal SP Vinit Agarwal, who suggested that they file a written complaint with the police. After the case was filed, Berhampur SP Saravana Vivek M on Friday evening ordered for transfer Khamari to Berhampur police district headquarters and posted Marine police station IIC Sarada Prasanna Das at Gopalpur.

Meanwhile, Suman said that he took a loan of only Rs 4 lakh from Smrutirekha and repaid it via online transactions. An agreement was also made during that time, but Suman did not take the papers with him.

He further alleged that Smrutirekha took advantage of his acquaintance with the IIC. He will also file a complaint with the State Director General of Police and the Human Rights Commission in this regard.