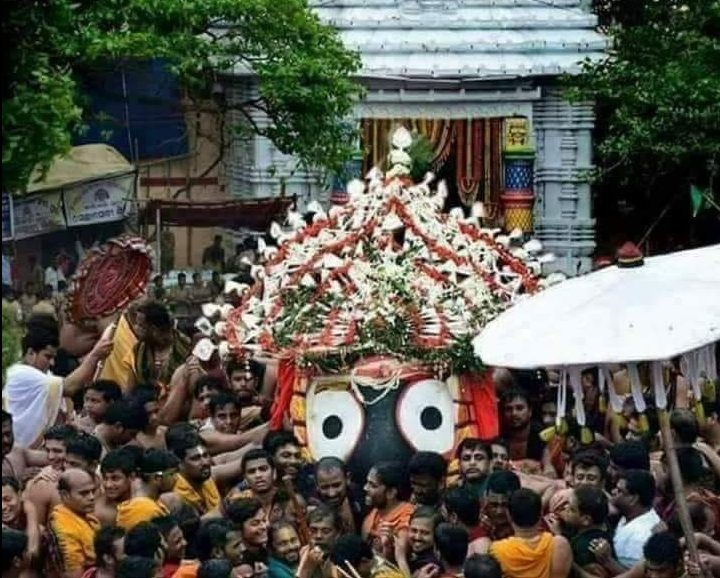 Puri: Southward turn of the chariots of the sibling deities on Tuesday will kick off the preparations for Bahuda Yatra (Return Car Festival) to be held on Friday.

During this ritual, known as Dakshina Moda, the chariots are turned towards the Jagannath Temple in the south and moved near Nakachana Dwara of Gundicha Temple, where the Lords are on their annual sojourn.

The ritual begins after Agyaan Mala (garland of consent of the Lords) is brought from the Gundicha Temple. Once it arrives, Darpadalana, the chariot of Goddess Subhadra, is first turned towards the south followed by Lord Balabhadra’s Taladhwaja and Jagannath’s Nandighosha.

Since their arrival in Gundicha Temple, the sibling deities have been giving darshan to devotees at Adapa Mandapa. After the Dakshina Moda ritual, a special rahas ceremony will be conducted on Adapa Mandapa.

Meanwhile, Hera Panchami ritual was delayed and could not be conducted even by 12 midnight on the fifth day of the annual chariot festival in the Pilgrim Town on Monday following a scuffle between Sevayats and the police.

During this ritual, Goddess Laxmi, wife of Lord Jagannath visits to Gundicha Temple and breaks a portion of the chariot of Lord Jagannath, to express her anger for leaving her all alone in the temple.

Family Tortured On Suspicion Of Practising Witchcraft In Nabarangpur