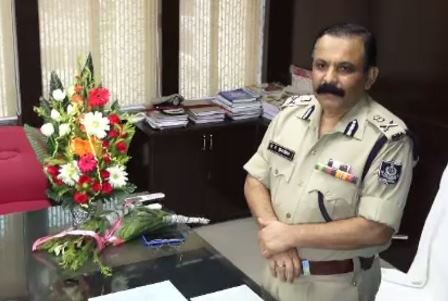 Cuttack: Hours after the Maoist attack on a BJP convoy, killing BJP legislator Bhima Mandavi and four security personnel in Dantewada district in the neighbouring Chhattisgarh on Tuesday evening, a high alert was sounded in the districts of Odisha bordering Chhattisgarh, Andhra Pradesh and Jharkhand.

Talking to media, Director General of Police (DGP) in-charge, Bijay Kumar Sharma, said the SPs of the Maoist-prone districts have been asked to remain on high alert and take all possible measures to ensure no recurrence of such an incident.

He also advised the candidates who will contest the ensuing Assembly and Lok Sabha elections to remain vigilant. He asked them not to move alone in the night and inform the security personnel in advance about their visit to any area of the district during the day.

Since Maoists have urged the people to boycott the elections, it is most likely that they will target the candidates and indulge in violence to disrupt the elections, Sharma said.