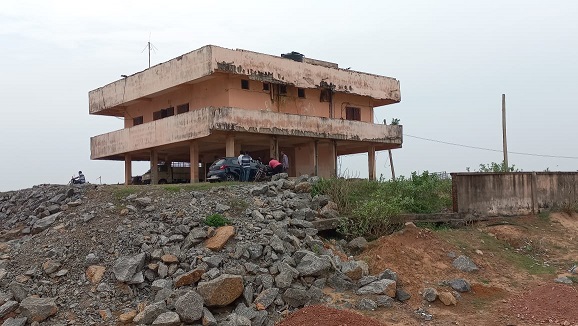 Berhampur: The Arjepalli Marine police station in Odisha’s Ganjam district is likely to be shifted to a new location or, thanks to climate change, risk being submerged in seawaters in the coming years.

Just about 100 metres separate the police station in Ganjam’s Chatrapur from the sea and, in recent years, the sea has been moving inwards and the coast shrinking due to global warming, climate change and rising sea levels.

Already, when the sea becomes rough or during storms, powerful waves lash the police station’s boundary wall, destroying it in the process.

Many areas in Chatrapur, Rangeilunda, Ganjam and Chikiti blocks have already gone under the sea and it is feared that the Arjepalli Marine police station will soon meet the same fate. Not just the police station, many residents of the coastal areas too fear that their localities will be submerged under the sea in the coming years.

Ganjam SP Brijesh Ray, however, said that the police station will be shifted for which a new site has already been identified and a proposal sent to the state government. 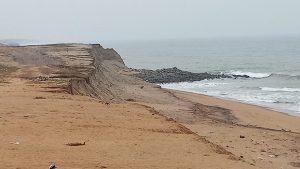