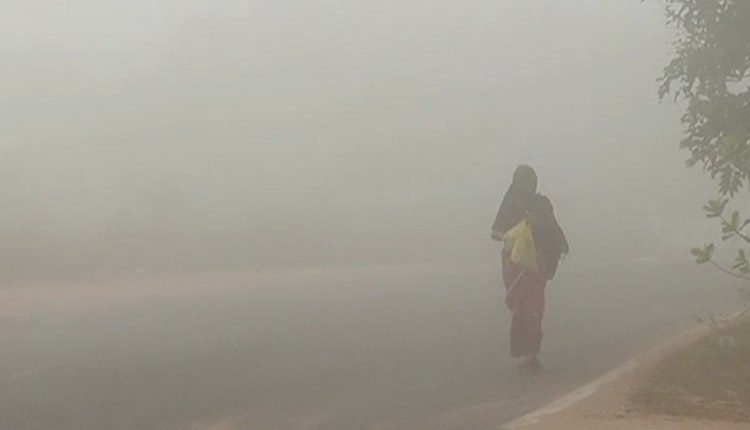 Bhubaneswar: A thick layer of fog covered most parts of the twin cities — Bhubaneswar and Cuttack — on Sunday morning thus affecting traffic movement in both the cities.

According to the Regional Meteorological Centre, the dense fog conditions started prevailing from midnight and the visibility was reduced to as low as 50 metres.

Yellow Warning has been issued by the Met Centre in connection with dense fog conditions in several districts.

The fog is expected to occur at one or two places over the districts of Cuttack, Bhadrak, Jagatsinghpur, Khurda, Kandhamal, Balasore, Angul, Dhenkanal, and Kendrapara, the Met Centre said.