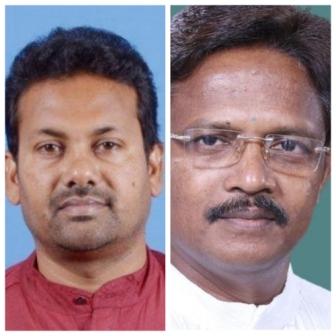 Bhubaneswar: The Odisha Congress is set for yet another jolt, as the sitting MLA from Salepur, Prakesh Behera, is most likely to join the BJP very soon, sources in the know have said.

The sources said Behera was contemplating on resigning from the primary membership of the party in a couple of days. The Congress leader has discussed this with his supporters. He had hinted at this during a recent padyatra in his constituency, devoid of the party flag and banners.

It was earlier being speculated that Behera could join the ruling BJD. But BJD leader Pratap Jena brought all speculation to rest two days ago when he announced at a party meeting in his Mahanga constituency that Prasant Behera would be the BJD candidate from Salepur.

In another likely development, reliable sources have said that former BJD MP from Nabarangpur, Balabhadra Majhi, is likely to join the BJP on Saturday. Majhi, who has left for New Delhi, will join the party in the evening, they said.

Majhi had sent his resignation from the primary membership of the BJD to party chief and Chief Minister Naveen Patnaik. He had said that since the BJD no longer wants his services, there was no point in him remaining in the party anymore.