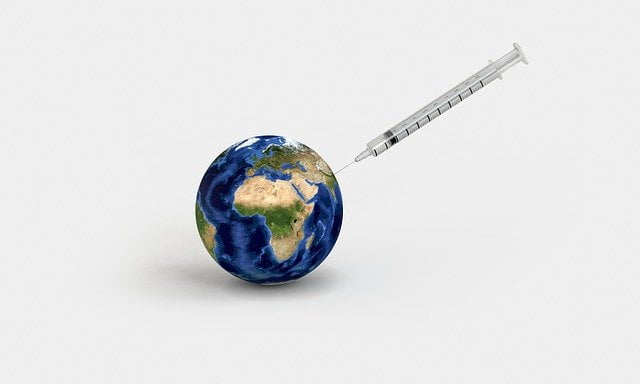 The furiously wriggling worm flung itself inches into the air, crashed on the floor, wiggled some more and went flat as a soggy piece of thread. That was the end of the virus. This particular one was the original. The clones creating havoc across the world dropped dead instantaneously, as if responding to a delete command from a distant computer. The pandemic was over. Public celebration followed.

This was the bored boy at home dreaming the end of his tryst with the virus. Curiousity takes over as you listen to him. You ask him about the magic potion that finally saved the world. He gets confused at this point. It was all blurry, he says, it was a liquid and it had a name. The name was a maze of indecipherable letters, he adds.

That pretty much looks like the COVID-19 vaccine scenario right now. We are in the middle of an alphabet soup but there is not one clear name. Surely after all the torture they have undergone, everyone wants the virus to die a painful death. The magic potion should appear on the scene quickly to ensure that. What’s it going to be — Favipiravir, Covaxin, CoronaVac, Remdesivir, REGN-COV2, Covishield, ZyCov-D or some other name? The suspense is on. By all indications, despite the efforts of countries to fast-forward reasearch, we have to wait for months. All these COVID-19 vaccines — 35 at last count — are in the large-scale human trial phase. The option to hurry has its limitations. The vaccine must not burden patients and those being immunised with serious long-term side-effects. And it has to be affordable to the masses.

In normal course, experts say, it takes 12 to 18 months for three phases of trial to be complete. Once cleared, mass production and availability would consume some more time. Considering we are past roughly one half of the stretch, the wait would be at least a few months longer. This shouldn’t in any way be construed as scare-mongering. It is actually an optimistic projection.

Till the vaccine eventually arrives, we are free to imagine many violent ends for the virus. The boy has shown the way.

RIDDLE WRAPPED IN A MYSTERY

It’s getting increasingly cumbersome to make any sense of the disease, particularly how it is expanding at such steroid-driven pace. Human activity and interaction, we must accept, have been heavily restrained since March. People, barring a few exceptions, have been taking precautions at a personal level. Much of life has been spent indoor in the last few months. Yet we have 1.3 million cases and close to 30,000 deaths. Nobody knows how far it’s going to go.

Something surely remains unexplained about the virus. It has defied temperature variance, geographical distances and genetic resistance to pathogens. Scientific research may have assumed sophistication and depth over the decades but somehow both have come short. A bit of human indiscretion is expected considering the variance in living condition of people but that doesn’t fully explain the spread of the disease. The mystery lingers.

Signs of exhaustion and exasperation are clear on every face. The ultimate social animal has become a truncated version of itself. People still socialise over long distances, saying hello to each other and exchanging information, but something is amiss. It’s abstract, invisible and conspicuous only in its absence, somewhat like oxygen in the air; we feel it when the supply depletes. It’s freedom. Men interact in prisons, monkeys in cages and fish in bowls, but the environment itself is so limiting that the interaction becomes superficial. Stuck at home, mankind is like fish in beautiful bowls, going through the motions but without the meaning that matters.

The experience is exhausting, physically and emotionally. Such situations normally drive people to rebellion. Unfortunately, that option is closed against the virus.

While on socialising, rebellion and freedom, let’s not forget good old alcohol, the universally acknowledged platform for all three from the days of Adam. In Great Britain, bars were allowed to open and the frenzied crowd outside them provided proof of the yearning for socialising. The absence of masks was a sign of rebellion against all virus-induced restrictions and the general excitement, including impromptu dances, exuded the sense of freedom. Of course, the alcohol lovers overdid all three, and the government had to bring in restrictions again. The developments feel familiar. In India, kilometre-long queues at liquor shops after the government eased curbs should ring a bell. If only alcohol lovers knew how to stay sober!

Why Politicians Hate The Media?