Why Politicians Hate The Media? 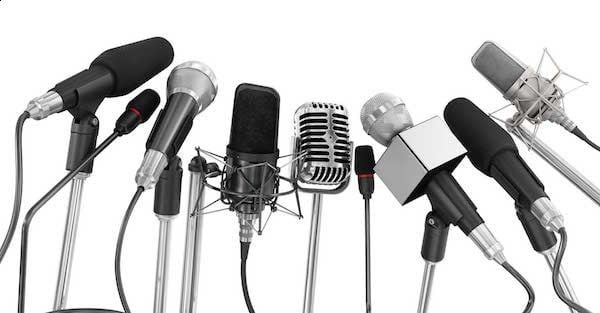 A former chief minister of Odisha once famously described journalists as drain inspectors. Politicians of various hues have  bestowed upon them many unflattering epithets in the past. Kanshi Ram, the founder of Bahujan Samaj Party (BSP) and mentor of former UP chief minister Mayawati, had several run-ins with the media during his life time. Some of these encounters will remain etched in the minds of the journalists who were at the receiving end of his abrasive tongue. A highly opinionated person, he did not like being questioned or countered which could provoke him easily.

Former Prime Minister Chandra Shekhar did not mince words when provoked by mediapersons. As a young reporter in undivided Bihar of the 1980s, I remember one of his outbursts during an Iftar party in Patna. Since Iftar parties in those days invariably made for good political copies there was a sizeable contingent of journalists present on the occasion with Chandra Shekhar being the cynosure of all eyes. Suddenly one of us asked him a pointed question about one of his acolytes (I think it was former minister Raghunath Jha) which he did not like. Initially he tried to ignore the query, pretending not to be listening. But the questioner being a journalist true to his salt persisted. Chandra Shekhar flared up, his face turning purple with rage. “Aap patrakaron ko to kuchh bhi karne aur poochhne ki azadi hai jab tak ki aap badtamizi par na utar ayen (you journalists have the freedom to do anything and ask any question till you cross the line).”

What the veteran socialist, who had the temper of a typical Rajput from Balia, meant to say was that journalists were prone to misusing the freedom given to them and would not mind offending others with their questions.  On a personal note, Chandra Shekhar could be very affable when he wanted to be and could also take offence easily. I remember covering his visit to Dhanbad as the Prime Minister of the country. He was heading a minority government supported by the Congress which was pressurizing him to stop re-fuelling of the US war planes taking part in the Gulf War. I had been asked by my office to seek Prime Minister’s reaction on the issue which had become highly controversial.

As Chandra Shekhar landed at the Dhanbad airstrip I and my Navbharat Times colleague Urmilesh (former executive editor of Rajya Sabha TV) waited for the opportunity to speak to him. And when we got the opportunity Urmilesh instead of seeking his views on the re-fuelling issue chose to ask him about the minority status of his government. “Log kahte hain apki sarkar alpmat ki sarkar hai. Apko ispar kya kahna hai? (people say you are running a minority government, what do you have to say? )”  asked Umilesh. Chandra Shekhar bristled at the question and retorted angrily “are ja ja sarkar sarkar hoti hai, alpmat ki ho ya bahumat ki ( majority or minority a government is a government, you better know this).”

It is obvious that politicians don’t like to face uncomfortable questions from journalists. They invariable want a friendly media. Very few of them like former Prime Minister Atal Behari Vajpayee have the ability to turn even a hostile Press to their side with wit and a calm and cheerful demeanour.  A spellbinding orator, Vajpayeeji was witty with a great sense of humour. I was present at one of his public meetings at Patna’s Gandhi Maidan where he made that famous assertion with a great play on words  ‘Atal atal hai, na milta hai na milata hai ( Atal ( meaning himself ) is firm, he neither defects nor does he engineer defections).’ But even as he was winding up his speech we got the news that one of his senior party leaders had joined another party. When he was getting down from the podium we asked him, ‘Atal ji apto atal hone ki baat kar rahe the lekin yahan to apki party ke neta ne dal badal liya (you were talking about being firm but here you own party leader has changed sides).” Without batting an eyelid, Atalji remarked, “Are bhai unhone dal nahin badla unka dil badal gaya hai (friends it’s not a case of change of party, he has undergone a change of heart).” We all laughed.

Vajpayeeji knew the right way of dealing with the media and also appreciated the work of journalists. Politicians must realize that it is media’s job to ask uncomfortable questions and criticize governments and political parties when they err. Feel-good stories are nice but they are not the staple of the media.