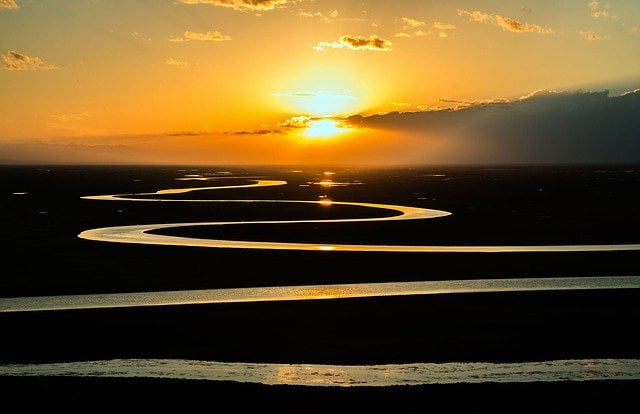 The sunrise of 2020 was merrily welcomed by everybody. The number 2020 was rhyming good for all of us. COVID-19 pandemic was also rising on the horizon of human civilisation and its rays were penetrating the life of every individual. History will record this year as a year when humankind was united, yet uncertain about its outcome. Leaders are looking directionless, economies are struggling to survive gripped by the fear of the future, aspirations have subjugated itself before the primal instincts of survival and nobody is able to understand what the following day could hold for them.

Reassurance and reaffirmation being functions of religion also could not come to the rescue of its believers as religious institutions suffer the absence of their followers. Though fear of the unseen and the unforeseen lead human civilisation to create and strengthen the institution called religion, yet it also has no solution to offer now. Interestingly, even God has failed to offer an explanation to people looking at Him for some assurance and comfort!

Never has fear and uncertainty gripped the human civilisation as much as it is holding its sway over humanity today. A friend of mine, a few months back, borrowed some deduction from astrology and discussed that a particular planetary conjunction would compel people to return to their native places in search of livelihood and sustenance. I had brushed aside this astrological deduction. Little did I know that the situation would transpire in such a manner that the scale of migration would compel people to brave death and hardship to return to their native places. This inter-state migration has become a tragic and challenging reality for us. The black and white pictures in school textbooks dating 1947-48 gave captioned images of partition when thousands of people were seen walking across the lands day and night seeking refuge to preserve their life, little did I know that we would have to see live visuals of a similar situation on a still bigger scale and magnitude.

India would never be the same again; the hope of a better life in urban areas has evaporated and the energy of the country has been impacted hard. Economic pressure would now test the social bonding of Indian cultural life at the rural level and it needs to be seen as to whether humanity would come to the rescue of the millions returning back to the native places. The government has revised its economic figures which have lost their meaning for everybody, be it urbanites or rural folks. The hope of surviving is primary and is the greatest challenge across all sections. Countries across the globe are no better placed in their attempt to survive. Economic distress would invariably lead to social turmoil and value systems would be under severe stress. And none of the political heads of state across the globe has the experience and expertise to deal with such a situation and every country is adopting a heat and trial method to salvage their people and nation out of the impending misery. The present generation which was till recently celebrating Mangalyaan has forgotten the achievements of ISRO and the death on the rail tracks and roads seem to be more vivid than the glorious celebration of Indian achievements post-Independence.

COVID-19 has, however, gifted us a few things of the past which our socio-religious leaders had preached and propagated at the relevant point of time to preserve the society and to combat the situation prevailing then. While Buddha had taught us to reduce our desires, Mahavir Jaina had preached Ahimsa. Invariably all the socio-religious leaders preached how unity, social responsibility and harmony among society were fundamental values for survival which in fact is the need of the hour.

Medicine and vaccine or some solution to the situation though it may address the health issue; yet, re-orientation of social values and social responsibilities would salvage the situation for us. Human existence would now be measured not by economic parameters but by human values. The interdependence of humanity has to be honest sans borders and ideologies. The business of animosity has lost the fight against an invisible enemy and it has shown the vulnerability and strength of the tall and the mighty. The inexperience and novelty of the situation makes one wonder as to where from the humans would draw and deduce the solution to the present. The approach maybe mechanical and statistical with thrust on economy and rebuilding yet, it seems far from being convincing.

Nature has the ability to create and it is the only hope and inspiration from which one can draw strength to redraw the novel experience of unknown proportions. We are subjects of a time which may not have any earlier model and which should not be an experience for the future.

Lawyer based in New Delhi

No Central Proposal For Calamity Cess In India: Sources