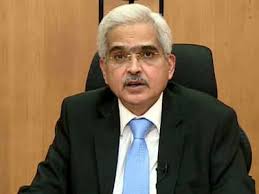 New Delhi: Reserve Bank of India (RBI) governor Shaktikanta Das on Friday announced a slew of measures to tackle the liquidity crisis in the economy.

Addressing the media, the RBI governor said that the reverse repo rate has been reduced by 25 basis points (bps) to 3.75 per cent and Rs 50,000 crore pumped in for banks under Targeted Long-term Repo Operations (TLTRO).

While the reduction in the reverse repo-rate will restrict the banks to further park their money with the RBI and ease the market liquidity crisis to some extent, the TLTRO fund will take the stress off the PSUs and the shadow banking system.

Under TLTRO 2.0, banks will have to reserve 50 per cent of the funds for the mid-sized PSUs which were not benefitted from the earlier TLTRO. Moreover, as per the guidelines, the banks need to deploy the funds to the productive sectors within a month.

He said that the surplus capital will help to refinance the commercial banks and housing finance banks to infuse liquidity into the market.

The RBI governor briefed the press for the second time in a month. In his previous address on March 27, he had slashed the Repo rate by 75 bps.

COVID-19 Lockdown: OSSC To Announce Revised Exam Dates After May 3