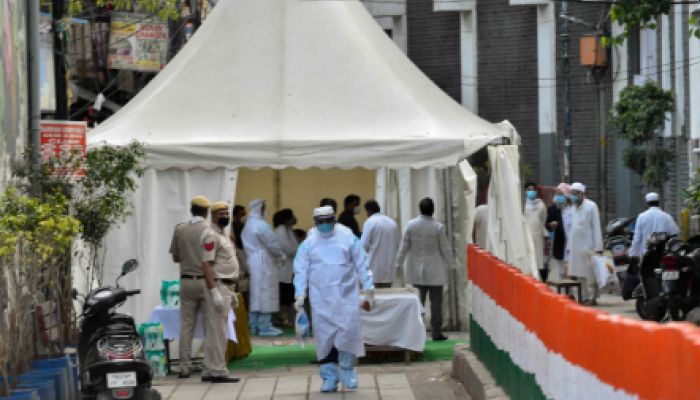 New Delhi: Following the death of six persons in Telangana and one in Srinagar, states are scrambling to trace those who attended a religious congregation at Nizammudin in Delhi between March 13 and 15.

Over 200 people with links to the event have shown symptoms of the virus.

So far, state governments have confirmed that 45 people from Karnataka, 157 from UP, 299 from Assam, one from Kashmir, nine from Anandaman & Nicobar islands had attended the Tablighi Jamaat event at Markaz in Nizammudin.

Some of the preachers have also travelled in batches to Telangana, Bihar, Uttar Pradesh, Andhra Pradesh and Odisha to conduct group meetings in mosques, The Hindu said in a report.

Nine of the 10 positive coronavirus cases in Andaman & Nicobar have direct links to the event in Nizamunddin. A woman, wife of one of these people, also tested positive later.

Over 2,000 people reportedly attended the three-days event, including delegates from Indonesia and Malaysia.

Delhi police have cordoned off the area and some experts believe this could become India’s biggest hotspot for the spread of coronavirus.

Around 800 preachers from Indonesia might get blacklisted for violating tourist visa norms. Participating in religious conferences on a tourist visa is a violation, according to officials.

Currently, India has seen 1,251 positive cases with 32 deaths and 102 recoveries.