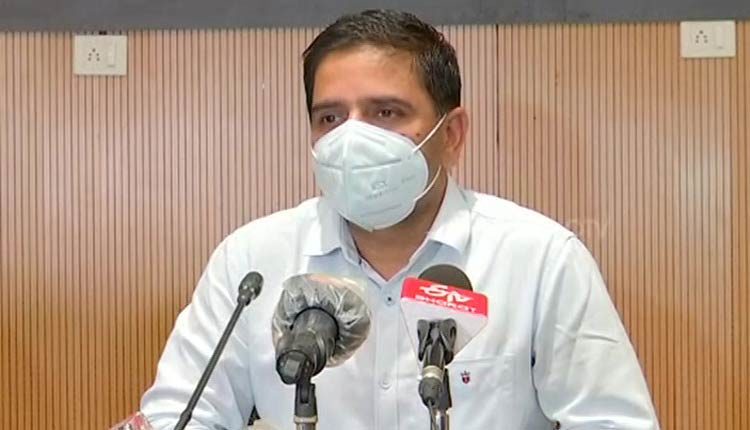 Berhampur: Following the continuing surge in COVID-19 cases, the Ganjam administration on Tuesday announced a five-day shutdown in all urban areas, including those under Berhampur Municipal Council (BeMC), of the district till July 13 to break the chain of the virus transmission.

The shutdown will begin from Wednesday (July 9).

“Health screening will be done in all NACs, Hinjilicut municipality, all block headquarters and BeMC from July 9 to July 13. This has been done to ensure that all members of a family are screened. Essential services like goods, agriculture and health will remain unaffected during the five-day shutdown,” Ganjam Collecter Vijay Amruta Kulange said.

Also Read: Door-To-Door Screening To Be Carried Out In Ganjam From Tomorrow

In a press briefing, the collector said that 200 teams have been formed comprising at least a doctor and two Anganwadi workers to carry out the screening in these areas. Each team will cover at least 150 households, he added.

While 100 teams will be engaged in the BeMC area, the remaining will carry out screening in other ULBs, he added.

Ganjam is the worst-affected COVID-19 district in Odisha. So far, 24 deaths and 2621 positive cases have been reported from the district.