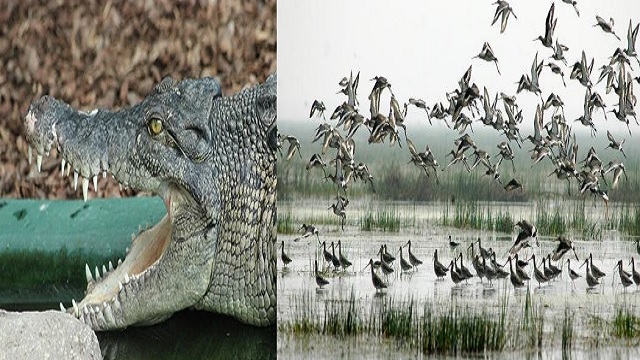 A total of  16 teams are participating in the crocodile census to be held for two days.

Meanwhile, the annual bird census began at 5.30 am this morning and will be held until 2 pm. Around 17 teams, equipped with boats, radios (walkie-talkie), binoculars, cameras, and GPS scales, have been deployed for the counting of the migratory birds in the National Park.

“We are hoping for a rise in the number of winged guests in the national park this year,” Rajnagar Divisional forest officer-in-charge, Adhar Kumar Behera told local media.

It is also pertinent to mention here that the Bhitarkanika National Park has been closed to visitors for 11 days starting on January 4 for the crocodile census. As per the census conducted in 2022, the national park had 1,784 saltwater crocodiles.

This Police Station In Odisha Among India’s Best Three