Cyclone Asani, A Matter Of Concern For Safety Of Jagannath Temple Wall In Puri 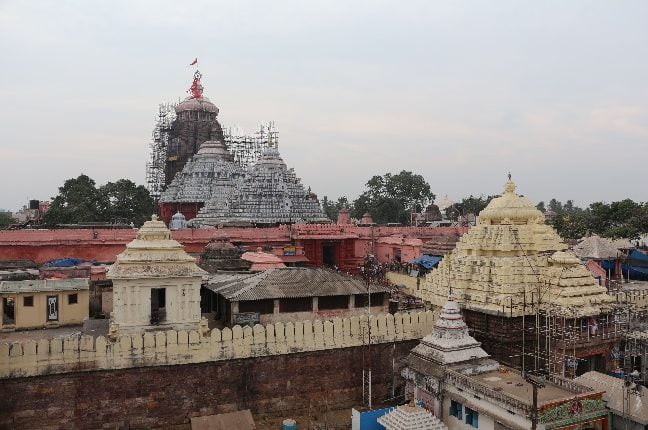 Bhubaneswar: The forecast of a low-pressure area forming over the Equatorial Indian Ocean and adjoining Southwest Bay of Bengal by the India Meteorological Department (IMD) has caused worry among the people of Puri.


The possibility of heavy to moderate showers under the influence of a cyclonic circulation over the Bay of Bengal has been forecast. Though the IMD has not forecast possible track, movement and intensity of the system, it is worrisome as this is the first cyclone this year, and occurring in March after a gap of over two decades. Cyclones in March are very few, only five have been reported since 1900.


According to the latest IMD GFS model, the system might move towards Odisha and cross while being around 200 km away from its coast around March 24. If the system intensifies into a cyclonic storm, it will be named ‘Cyclone Asani’. Experts are of the opinion that the coastal areas of Odisha may experience heavy rainfall with a wind speed of 60 km to 70 km gusting to 80 km.


The fact that the excavated pits near the Meghananda Pachiri may fill up with water is causing concerns for residents of the Pilgri Town. In case of incessant rains, the structure will be vulnerable and proper precautions need to be put in place.


Dr Biswajit Mohanty from INTACH has come down strongly against the authorities for allowing such wanton and irresponsible work around the delicate and fracturable wall of the temple. Such thoughtless acts are condemnable. The reckless and brash manner in which the beautification work around the temple is being undertaken needs serious afterthought. The excavation work is being carried out without clearances from the ASI and NMA. The thick walls of the temple may develop cracks and structural disability, if water accumulates in the pits.


The author, who is a heritage expert, has written to the authorities to take precautionary measures including installation of pumps to drain out the water in case of heavy rains. If required, adequate preventive measures should be taken near the excavation area to ensure that the temple wall is not affected in any manner.

According to Dhir, the pilgrim town has been experiencing artificial flood-like situation with waist-deep water at various parts, including the low-lying areas. Crores of rupees sanctioned for 2015 before the Nabakalebara festival for improvement of the storm water drainage on the Grand Road proved ineffective and the area remains waterlogged after rains. In the present scenario, with such deep excavation around the temple wall, water logging will spell the doom for the temple structure and the wall.


According to heritage explorer Deepak Nayak, the Meghananda Pachiri was constructed during the reign of Gajapati Kapilendra Deva (1435-1460) while the Kurma Pachiri (inner compound wall) was constructed during the reign of Purushottama Deva, the son and successor of Kapilendra Deva (1467-1497). The height of the Meghananda Pachiri varies from 20 ft to 24 ft and thickness of 6 ft.

Nayak says that the walls should be preserved as those are integral parts of the Jagannath Temple, not only providing extra security to the inner complex, but also making the temple unique and attractive.