Cyclone Bulbul Impact On Odisha To Peak By Midnight! 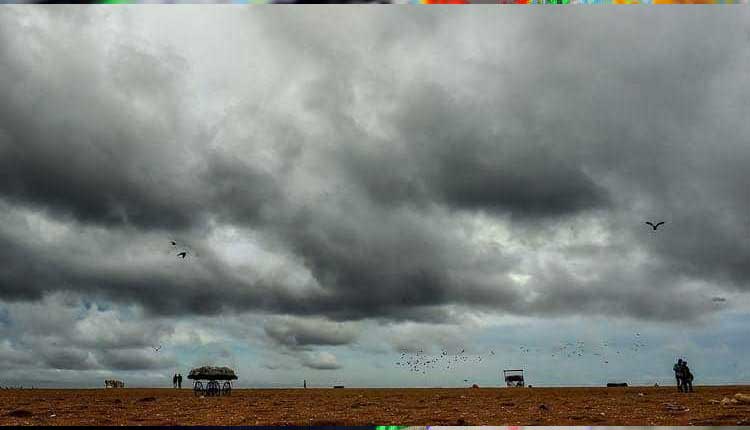 Bhubaneswar: Odisha, which is yet to recover from the fury unleashed by cyclone FANI fury in May with many of those affected in Puri district still living under polythene sheets, is already experiencing the impact of the cyclonic storm Bulbul and it is likely to increase from Friday midnight.

Bulbul will come closest to Odisha coast at midnight and from here will take a curve to head towards West Bengal, according to Joint Typhoon Warning Centre’s (JTWC) latest bulletin.

Briefing the media in New Delhi, IMD director general Mrutyunjay Mahapatra said the cyclonic storm is likely to make the landfall in the Sundarban delta. “We expect that it will cross between Sagar Islands (West Bengal) and Khepupara (Bangladesh). The wind velocity during the landfall will be around 110-120 kmph gusting up to 135 kmph,” he added.

He further said that the cyclonic storm, which lay centred about 310 km off the Paradip coast by noon on Friday, is now moving towards the north with a speed of 12 kmph.

The IMD had predicted that the cyclone will trigger heavy rains and strong winds from Friday afternoon.

While the wind speed along the Odisha coast is now around 35-45 kmph, it will increase to about 55-75 kmph from Saturday morning and blow at 70-90 kmph from the afternoon till evening in Kendrapara, Jagatsinghpur, Bhadrak and Balasore districts, it said.

Talking about the present movement of the cyclonic storm later in the day, Special Relief Commissioner (SRC) Pradip Jena, while referring to the IMD forecast, said that the cyclonic storm will move towards the north from 134 km off the Paradip coast. Under its influence, it has begun to rain in north coastal districts. “There will be heavy rainfall in Balasore, Bhadrak, Kendrapara and Jagatsinghpur while Mayurbhanj and Jajpur will experience moderate rainfall,” he added.

According to US-based Global Forecast, Puri, Jagatsinghpur and Kendrapara will record a massive 90 mm rain, while Bhubaneswar, Khurda, Cuttack and Jajpur will receive nearly 40 mm rain. Nayagarh, Mayurbhanj and Dhenkanal will record at least 15 mm rainfall.

Regarding the precautionary measures taken by the state government, the SRC said the collectors of the districts likely to be affected by the cyclonic storm have been asked to evacuate people from the low-lying areas, if necessary.