D Company: Brace For The Mother Of All Gangster Movies 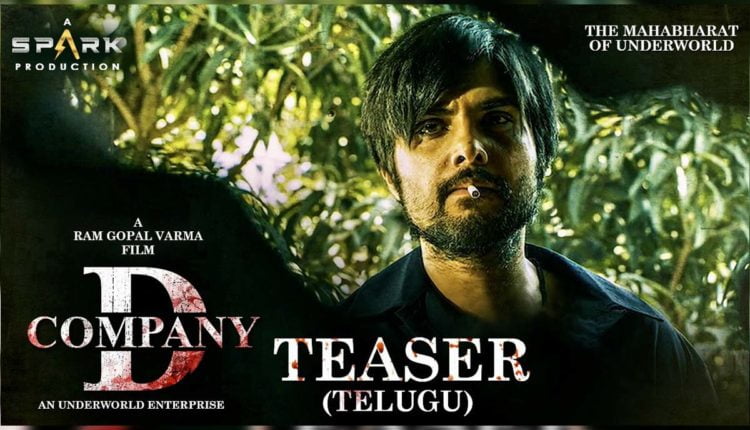 Mumbai: Ram Gopal Varma has claimed that his upcoming film ‘D Company’ will be the mother of all gangster films.

“D Company is going to be the mother of all gangster films because it will tell the story of the father of gangsterism whose name is Dawood Ibrahim,” the filmmaker tweeted.

Sharing the film’s first look, Varma wrote: “Here’s a peek into D Company first look teaser: The Mahabharat of underworld.. Produced by Spark @SparkSagar1, it is going to tell the story of how Dawood Ibrahim with his Bill Gates-like vision, turned a street gang into an international organisation.”

D Company is not just about Dawood Ibrahim but it’s about the various people who lived and died under its shadow..It is Produced by SPARK @SparkSagar1 https://t.co/Nff1jm0TGs

D Company will be released in Hindi, Tamil, Telugu, Malayalam and Kannada.

Also Read: Ram Gopal Varma Is Making A Film On Arnab Goswami, He Explains Why?