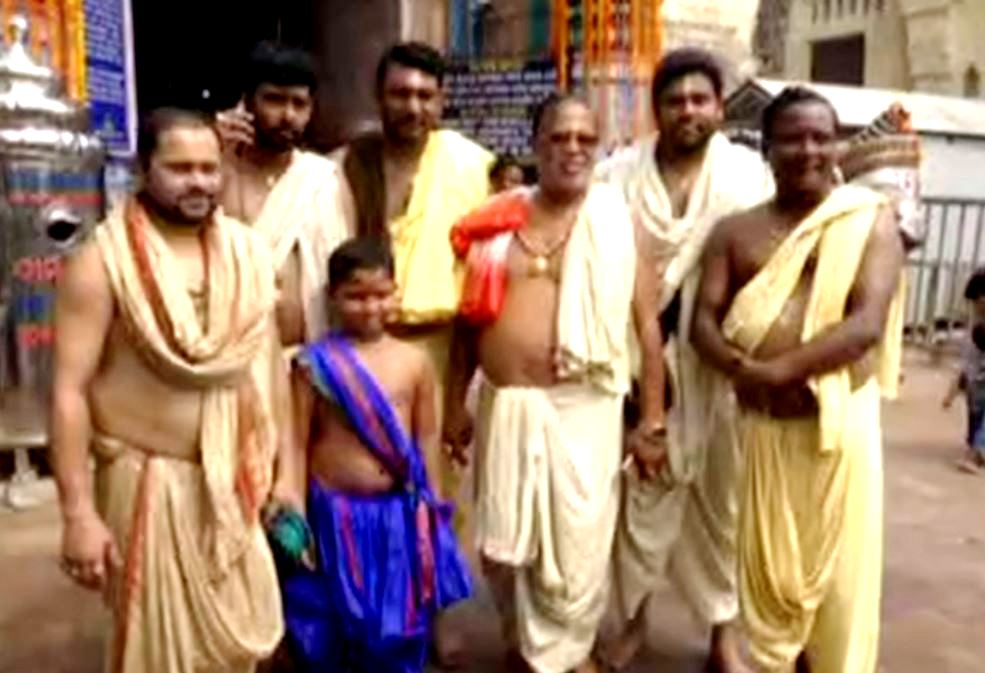 Puri: Daitapati sevayats took over from Panda sevayats at the Jagannath temple on Saturday to perform some secret rituals of the Lords.

As per tradition, the Daitapati sevayats take charge of rituals from Debasnana Purnima, or first day of the Odia month of Asadha till Niladri Bije.

The Daitapati sevayats also play an important role during Nabakalebar, the ritual in connection with changing of the deities’ wooden bodies. According to mythology, the Daitapatis are considered close relatives of Lord Jagannath. They are the decedents of Shabara chieftain Biswabasu, who used to worship Jagannath before the Lord came to the temple in Puri.

World Cup: Tickets Sold Out For India-Pak Match On Sunday