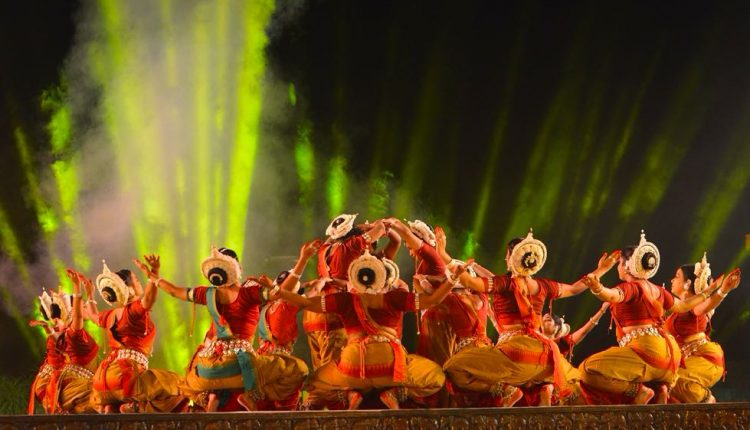 Dance is not all about rhythmic movements but also nuanced poses and meaningful pauses. The fourth evening of Konark Festival: 2022 began with a nuanced Bharatanatyam performance by well-groomed dancers of Spanda Dance Company led by one of the finest dancers and choreographers Leela Samson.

The best part of Leela Samson’s choreography is the minimalistic approach and no-nonsense craftsmanship. Hardly one finds a step, a move or a pose which is out of context or unnecessary. She goes by pure geometrical rules and never burdens her audience with unwanted dance elements. Watching Leela Samson’s work on stage is pure ecstasy. Unlike others, she will not translate the literal meaning of a text and create a cliché. She is the master of nuances, the architect of pauses and silence in between. Her dancers never deviate from her tightly spun diagram, and the best thing is, that looks natural. It’s calculative, yet spontaneous.

The Spanda began with ‘Tandava Nrutyakari Gajanana’, an ovation to lord Ganesha. Usually, Tandava is considered to be first paced but here it was graciously paced and brought out the nuanced philosophy of Tandava. Every art is basically storytelling and dance is no exception.  In their performance, Spanda dancers told a series of stories, not as narrative but as metaphors. Be it ‘The Kama Dahana’ story in Swathi Thirunal’s composition of Shankara or ‘Krishnaleela’ in Purandara Dasa’s composition of ‘Atishaya’, the storytelling was more symbolic and innovative. 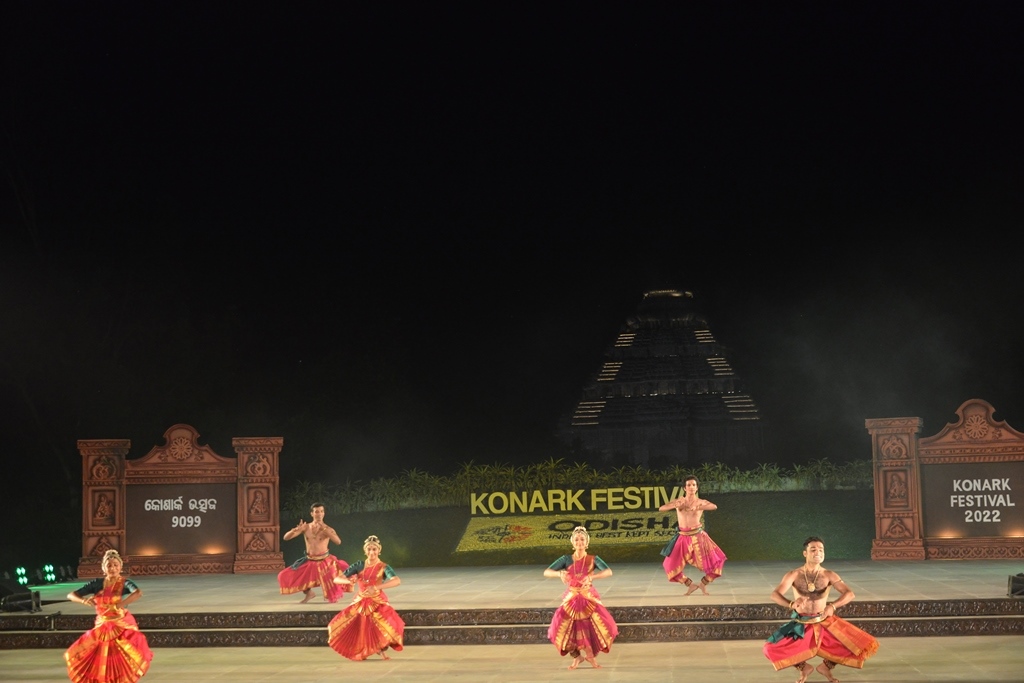 The most striking feature of the Purandara Dasa’s Krithi was the naming. Leela Samson named the composition ‘Atishaya’ or the exaggeration. Indian mythology is basically the exaggeration of reality: Sometimes it’s magic and other times it is magical realism. Magical parts of Krishna’s life can be told as a narrative but it’s deeper when told in a series of images.

Leela Samson’s production was a moving and living gallery of images.

Following the Bharatanatyam recital, the Bhubaneswar-based Suravi group under the tutelage of Guru Pitambar Biswal presented two Odissi compositions: Shunya Brahmanda and Mathura Mangala. While Leela Samson conquered the gigantic Konark stage with her seven dancers, Pitambar Biswal had to struggle to conquer it with more than 20 dancers and an equal number of musicians in the supporting orchestra. Bharatanatyam music was smooth, soothing, clear and piercing, but Odissi music was simply the opposite. There was no proper synchronization or balancing. On the dance front, Suravi dancers are pretty and well-trained, but they need to know what they are dancing. Dance is not mechanical movements or repeat of steps. 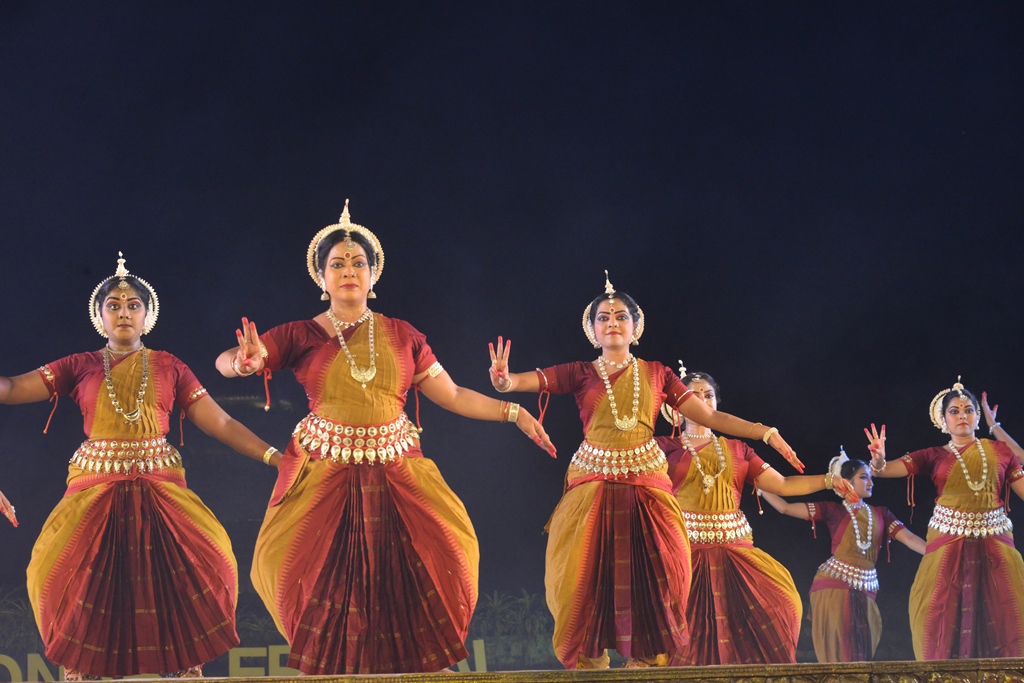 ‘Shunya Brahmanda’ as a theme was abstract, but the choreography was simply literal. The second presentation was ‘Mathura Mangala’, the famous epic written by the great Bhakta Charan Das. The story is all about Lord  Krishna’s departure from Gopa to Mathura and its impact on Gopis. The story did not follow the original ‘Mathura Mangala’ and got mixed up with Abhimanyu Samantasimhara’s ‘Bidagdha Chintamani’. Our Guru must invest their mind before using a text for choreography.  Having huge potential, Suravi can really do more.