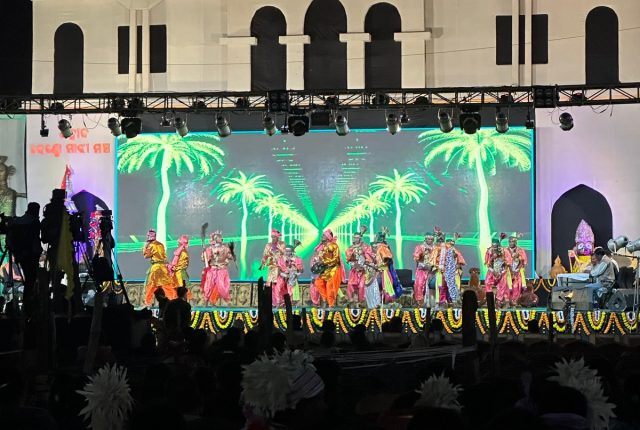 The annual festival, which kicked off on Saturday with a dazzling opening ceremony, is being held after a long interval of 3 years due to Covid-19 restrictions. A grand fair is also being held at the panchayat ground in Dharmagarh.

As hockey fever now grips the entire state, two big LED screens have been set up for the public to watch the ongoing FIH Men’s Hockey World Cup being held in Bhubaneswar and Rourkela, organisers said.

The fair provides a platform for promoting and showcasing Odisha’s arts, culture, music, drama, literature, and handicrafts to the world. Also in the Pallishree Mela, different Self Help Group (SHGs) from across the state have displayed a wide range of products.

Around 355 stalls including Pallishree Mela, handicraft and handloom mela, stalls by SHGs and various government and non-government organisations have been put up for the occasion, an official said.

Over 160 cultural troupes from Kalahandi and other districts of the state and those of other states like Madhya Pradesh, Rajasthan, Telangana, Assam and West Bengal are performing during the event, he said, adding that over 60,000 visitors throng the festival venue every day.

On Rahagiri, an open pandal where cultural performances are taking place, one can also watch the world-famous Ghumura dance, the Dhap Nach, Banabadi, Dulduli and all forms of tribal dances.

Performances are also taking place on a stage dedicated to Rendo Majhi, the first freedom fighter from Kalahandi.

Organised by the district administration and district council of culture, Kalahandi Utsav was launched in 1997.  Originally, the festival was known as Ghumura Mahotsav.