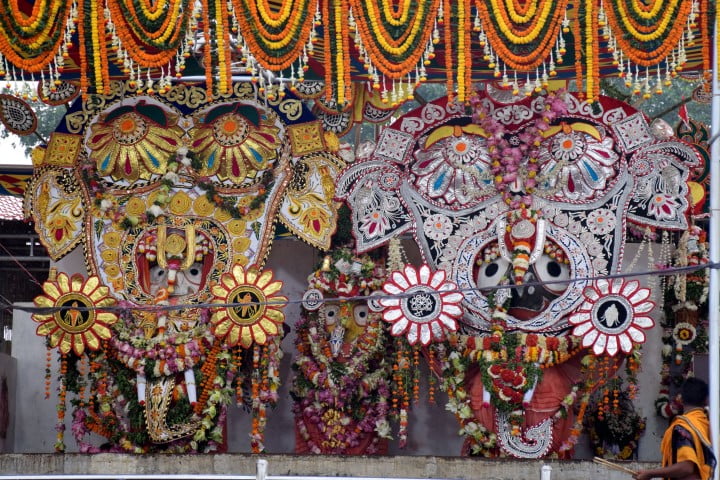 Puri: The four deities in Puri Jagannath Temple have been cured completely after the herbal treatment on Monday.  After 10 days, devotees could hear the sounds of ghanta (cymbals) and kahali (a type of shehnai) on Tuesday.

On Monday, the servitors decorated the deities with Rakta Bastra (red cloth). Khali Lagi ritual was also performed on the same day.

Notably, the deities were suffering from fever after the luxurious bath on Snana Purnima.

The temple servitors administered herbal medicines to the four deities on Monday. The servitors did all the rituals of treatment at a secret place in the temple premises.

The temple physicians prepared the special medicine, Dasamula Modak, by mixing 10 types of herbs. Then the medicine was mixed with ghee, sugar, honey and cooked over fire for a long time, before being administered to the four deities.

More than three kilogram of herbs were used for the medicines. These had been prepared by the Dhanvantari Ayurveda Shatra.

Next Hearing For Case On Female Circumcision On July 16

Ban On Use Of Plastic, Polythene In Odisha From Oct 2