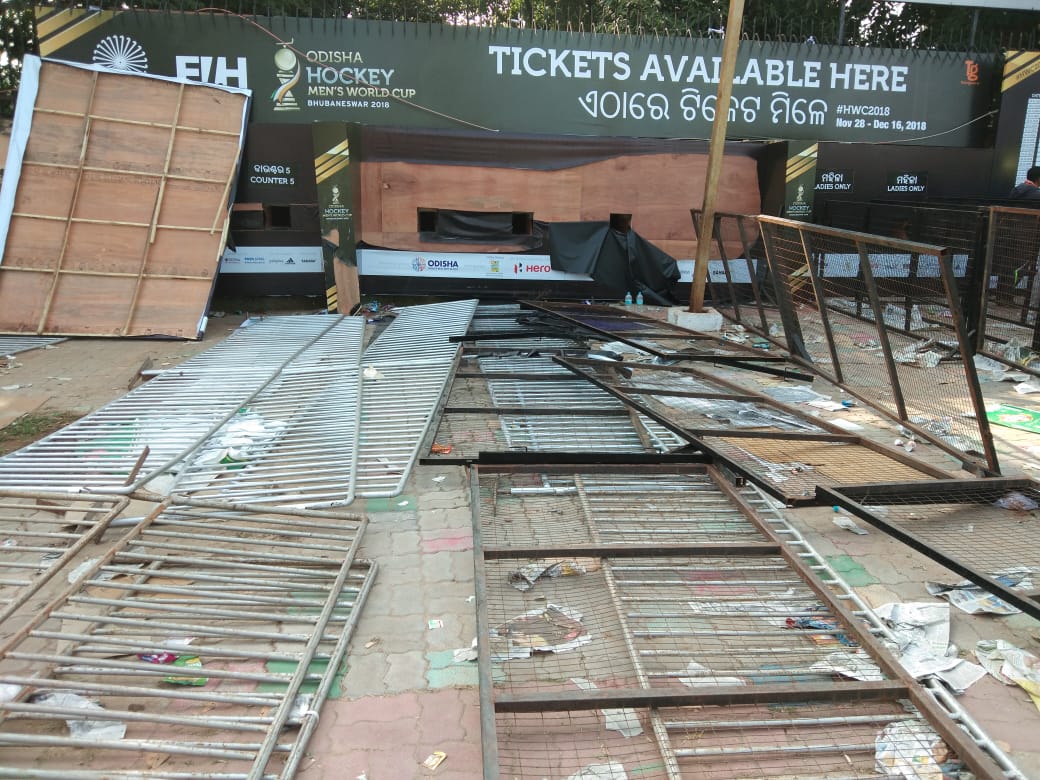 Bhubaneswar: Tension ran high at Kalinga Stadium here on Thursday morning when the police resorted to lathi charge after an irate mob ransacked the ticket counter at the gate no-9 on allegedly being denied tickets for the inaugural ceremony of Hockey Men’s World Cup on November 27.

According to reports, there was a long queue at the ticket counter since last night as the authorities of the Kalinga stadium had informed about sale of tickets for the opening ceremony of the event from Thursday.

However, tension prevailed soon after the stadium authorities put up a notice, mentioning non-availability of the ticket. The irate mob later broke the barricade and ransacked the ticket counter.

As the situation went out of control, police resorted to lathi-charge to disperse the mob.

It may be mentioned here that the Sports and Youth Affairs secretary Vishal Dev had informed that the offline sale of the tickets for the inaugural ceremony would begin from November 15.

Asked about the matter, the stadium authorities said they had no information about the date for the sale of tickets.

Till reports last came in, people have again come to the ticket counter and expecting that the authorities as per their earlier announcement would begin selling tickets for the inaugural match.

While all tickets for the semi-final and final matches have been sold, those for the remaining matches has started.