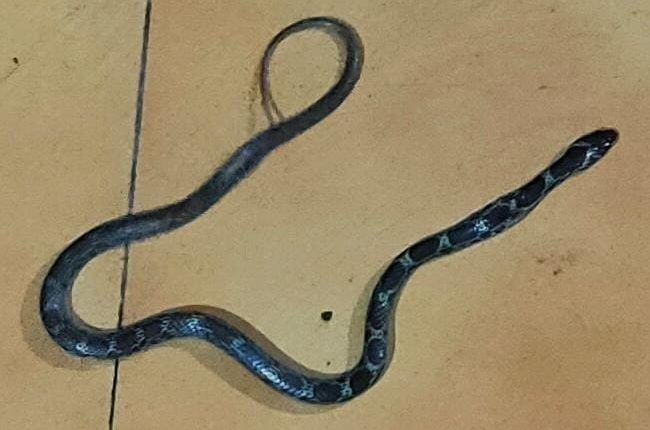 Bhubaneswar: A man, bitten by a non-poisonous snake, was administered precious anti-venom injection in the Capital Hospital, here, only because the doctors could not identify the snake.

The snake fell on right hand of Shakti Prasad Sethi, working in Institute of Mineral and Material Technology (IMMT), here on Friday night. Though he could not know whether the snake had bitten him or not, his friends staying with him beat it to death and threw the body after taking its picture in the mobile phone.

After some time, Shakti felt head-reeling and swelling of hand. Suspecting the snake to be poisonous, they admitted him in the Capital Hospital. The doctor on duty in the hospital identified the snake from the photo as poisonous common krait and administered 10 vials of anti-snake venom injection to him.

On Saturday, Dr Debi Prasad Das, a scientist in IMMT, came to know about the incident and sent the snake’s picture to secretary of Snake Helpline Subhendu Mallik.

Subhendu, who identified the snake as non-poisonous common wolf, said the doctors have made a mistake in identifying the snake. Besides, bite by common krait snake does not lead to symptoms like head-reeling and swelling of body parts. Shakti may have felt uneasy due to nervousness, he added.

“In order to help the medical staff recognise the snakes correctly, the Snake Helpline has put up posters in the casualty ward of the Capital Hospital since 2018. Before administering the costly anti-venom injection, the doctors should have referred to the posters or contacted the Helpline,” Subhendu said.

According to Dr Sudipta Ranjan Singh, additional professor, Forensic Medicine, AIIMS, Bhubaneswar, anti-venom injection is prepared in India against four species of poisonous snakes. The doctors should be aware of those snakes, he added.

“It is normal for the people to feel nervous after being bitten by even non-poisonous snakes. In many such cases, the people have been found to be sweating and having high blood pressure. But they should be given medical treatment after correctly identifying the snake,” Dr Singh said.