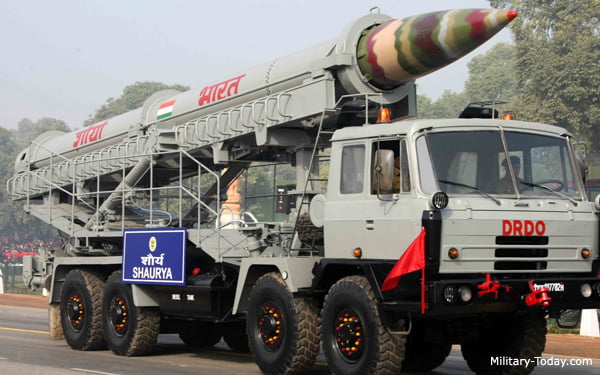 Balasore: Amid the ongoing border standoff with China, India successfully test-fired a new version of the nuclear-capable Shaurya missile off the Odisha coast on Saturday.

The new version of the missile, which can strike targets at a range of around 800 km, was test-fired from Chandipur in Balasore district by the Defence Research and Development Organisation (DRDO).

It would be inducted in the strategic forces to complement one of the existing missiles in the same class, news agency ANI quoted unnamed government sources as saying.

The missile would be lighter and easier to operate in comparison to the existing version, the sources added.

In the last phase while moving close towards its target, the missile moves at hypersonic speeds.

DRDO has enhanced its efforts towards completing total self-reliance in the field of strategic missiles after the call of Atmanirbhar Bharat by Prime Minister Narendra Modi, ythe sources said.