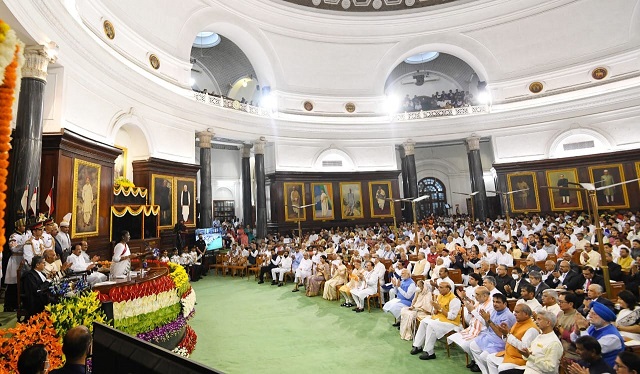 New Delhi: ‘Droupadi’ was not the original name of India’s first tribal President. The name was given by one of her school teachers.

“Droupadi was not my original name. It was given by my teacher who hailed from another district, not from my native Mayurbhanj,” she said in an interview to an Odia video magazine some time ago, according to a PTI report.

In the interview, she said that her Santhali name was ‘Puti’, which was changed to ‘Droupadi’ by her teacher.

Teachers in the tribal-dominated Mayurbhanj district came from Balasore or Cuttack in the 1960s, she said, adding that the teacher did not like her previous name and changed it, the PTI report said.

Her name was changed several times — from ‘Durpadi’ to ‘Dorpdi’.

President Droupadi Murmu: What It Could Mean For India & Its Polity?