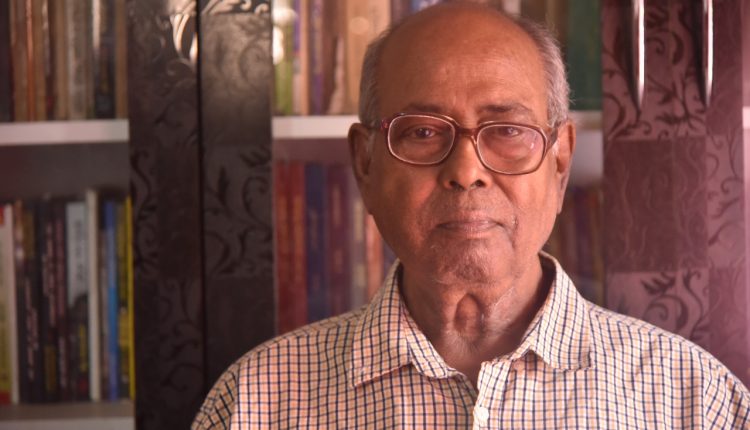 Bhubaneswar: Eminent litterateur, educationist and orator of Odisha Prof Raj Kishore Mishra passed away at his residence in Bhubaneswar on Friday. He was 81.

He was born on January 15, 1942, at Dihasaibiri village in Jagatsinghpur district. After a bachelor’s degree in Sanskrit from the erstwhile Ravenshaw College and a Master’s in English, he taught in different government colleges across the state. He retired as a professor from the English Department of Utkal University, Bhubaneswar.

Mishra was an expert in three languages. He has written several books in Odia language. He had also contributed several articles to Odia magazine ‘Jhankar’. Apart from this, he has written hundreds of essays on Vedas, Upanishads, philosophy, music and astrology.

As an excellent orator, Mishra was a regular invitee at almost all literary meets in the state.

He was secretary of Odisha Sahitya Akademi from August 25, 2003, to August 24, 2004,  editor of Utkal Prasang and Odisha Review and secretary of Sarala Puraskar Committee.

Governor Prof Ganeshi Lal and national vice-president of BJP Baijayant Panda have expressed their condolences to the family of Prof Mishra.

Another Critical Patient Under ECMO Treatment Dies In Cuttack’s SCB