Exploring The Magical Wonder Of The City Of Temples 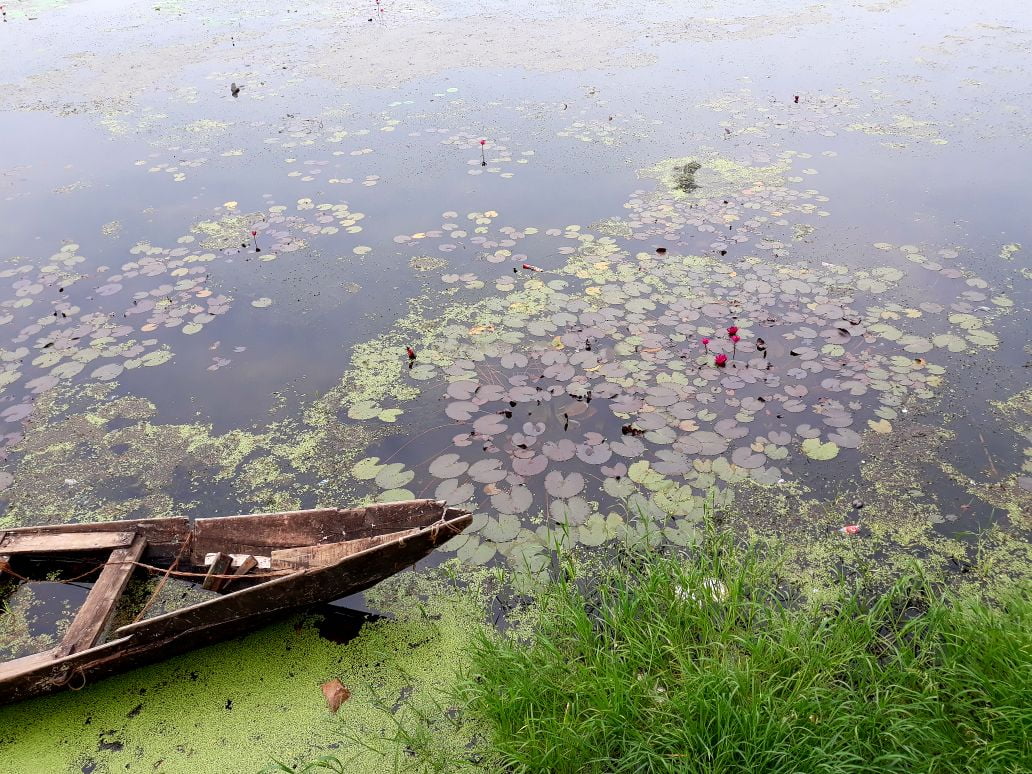 Bhubaneswar: It is not every day that you explore the city you are born in because you get so used to the sights and sounds that you actually start taking them for granted. But on a relatively pleasant morning, I decided to ditch the tempting morning sleep and take a walk in the Old Town area of Bhubaneswar, to look at the City of Temples with a closer eye.

At Mukteshwara temple, the Detour Odisha crew waited for me and others who had decided to go beyond visiting temples. We were a part of the much-talked about Ekamra Walks.

As we entered the premises, we found ourselves getting mesmerized by two young men playing the tabla and flute. The mellow rays of the sun falling on the temple premises and soothing music in our ears, it was indeed a priceless moment.

The crew member Sophia Simon called us in and we started the walk going down the sheets of history. “It is said that once there were around 7,000 temples. This is why Bhubaneswar is called the Land of God i.e. Bhuvan- Land, Ishwar- God. Mukteshwar is an example of some of the earliest,” she said.

We soaked in the cool breeze and peaceful atmosphere. Sophia drew our attention to the temple’s architecture. “In the sixth century, when temple architecture began, fathers taught their sons the art of sculpting. That is why you see miniature temples all around. The carvings symbolize the life of the people at that time,” she added. This temple, being the oldest, had only a main hall for the kings to worship.

Parshurameshwara, the next temple we went to, has an additional hall where the general public could worship. This temple, interestingly, is similar to the Krimchi Temple in Jammu. Some say that workmen from Odisha were sent to Jammu for constructing that temple. Others contend that it is a mere coincidence.

We walked down the narrow lanes of the Old Town and reached the Kotitirtheswara Temple, which has been renovated recently. What caught my attention there was a pond with lots of fishes in it. In fact, most of the temples at that time had a pond where priests would take a bath. Water bodies played an important role in temple composition. Coming to the most beautiful part of the walk, Bindusagar Lake, we were mesmerized by the beauty of it. It is believed, the lake has water from all the major rivers of India. There is a temple right in the centre of the lake and it is surrounded with lilies and lotuses. Various water birds can also be seen hunting for fish in the lake.

Right in front of the lake, is Ananta Vasudev Temple. We walked in through the temple kitchen where we saw neatly chopped vegetables in earthen pots while the cooks were inside preparing the ‘chulha’. “Most of the cooks here are all educated personnel who come to serve the Lord post-retirement,” Sophia said.

The next stop was a dharamshala, a symmetrically built British era building. A little distance away is the Lingaraja Temple. It was built in 12th century and houses the Shivalinga. The temple, built with several other shrines within, is an architectural marvel. We went atop a little tower from where the entire premises of Lingaraja Temple is visible.

We climbed down to Ratha Danda or the street market, where florists had displayed colourful flowers and other vendors were selling temple essentials like lamps, incense sticks, bhog, etc. Opposite the tower, is a narrow lane, which houses Vaital Deul. Its excavation was completed two years back. What was a mountain, turned out to be a temple inside. It has been well-protected by the Archaeological Survey of India. A few steps down from the lane is Bindusagar Lake, walking the edge of which we reached Ekamra Van, a herbal garden.

The placid lake made for a wonderful sight with chirping birds creating magic all around. We came across various medicinal plants and found out about their health benefits.

The walk came to an end there, but the beautiful trail had a deep cultural impact on our minds. The walk unfolded the daily lives of urban dwellers. It was perhaps the first time that I got to know how the city wakes up every day. Women adorning Lord Jagannath idols, the roads being cleaned, priests carrying food to temples and children taking an early morning bath in the pond – all these were new sights for me.

Will Autonomy Issue Prevent India From Walking Under The Tricolour In Tokyo Olympics?

182 Patients Recover From COVID-19 In Odisha

Haridaspur-Paradip Rly Line In Odisha To Be Operational For Passenger Trains Soon:…