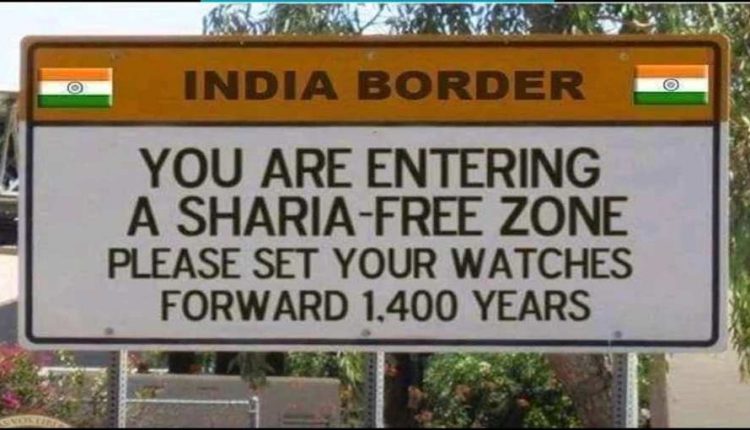 New Delhi: An image of a signboard, with an anti-Muslim message, at a road near India-Pakistan border has gone viral on social media.

“You are entering a Sharia-free zone. Please set your watches forward 1,400 years,” reads the text on the board. The post is claimed to have been put up by the Indian Army.

However, the image is completely doctored. A reverse image search reveals that the original signboard is one from US-Mexico border warning people not to carry arms into Mexico.

The original image was posted by American journalist Molly O’Toole in 2010, according to India Today.

The text in the original image reads, “Weapons and ammunition illegal in Mexico”. The photograph is captioned as: “A sign at the border in San Luis warns against bringing arms into Mexico. U.S. Attorney Dennis Burke says that arms trafficking to Mexico is a major problem.”

Fact Check: Is This Pakistan Aircraft Attack In Panjshir Or A Video Game?