Fact Check: Is This Incident Of Police-Mob Violence In West Bengal Or Odisha? 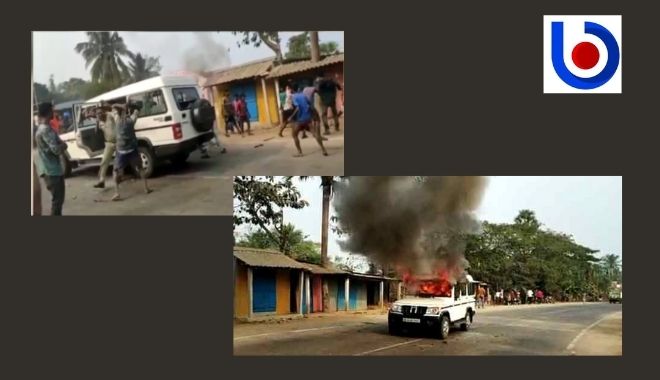 With violence erupting in West Bengal soon after results of assembly elections were declared on May 2, there have been reports of widespread violence. Opposition party offices have been damaged and set on fire, and many have been reported to be injured or killed.

Several photos and videos of incidents of violence are doing the rounds, while a video showing a mob attacking police personnel has gone viral. The video claims that Trinamool Congress supporters attacked police who went to control post-poll violence.

The video is captioned: “#PresidentRuleInBengal Policeman came to control the situation & then TMC goons attacks on Police. #tmcgoons #BengalViolence”.

However, it has been found that the video is misleading and is actually an incident which took place in Odisha’s Bhadrak on January 13, 2021. The video shows locals clashing with police over the death of a youth.

Odisha Bytes had reported the incident involving a physically challenged youth Bapi, who was chased by cops on suspicion of coal theft.

Bapi fell into a pond. Instead of helping him, policemen left the place. The youth died, enraging the villagers who blocked the road and torched a police vehicle.

Fact Check: Will All Adults In India Be Eligible For COVID Vaccine Booster Dose?