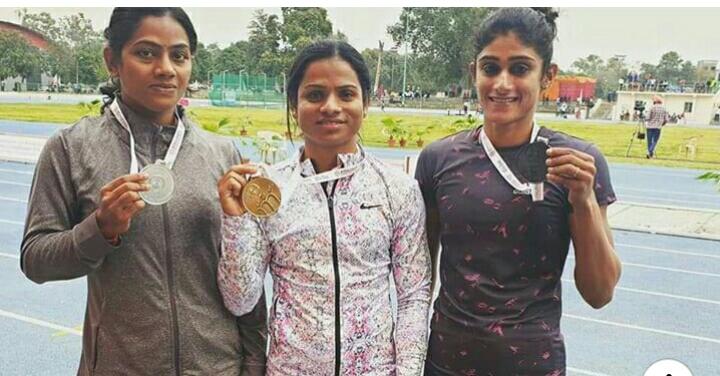 Patiala: Ace woman athlete from Odisha, Dutee Chand bagged her second gold after winning the 100-metre sprint on the fourth and final day of the 23rd Federation Cup National Senior Athletics Championship at Patiala on Monday.

Dutee had stormed into the 100-metre sprint final with a timing of 11.48 seconds on Sunday.

Prior to this event, the ace sprinter had won a gold medal in the 200-metre sprint while her teammate Jauna Murmu had won a bronze in the 400-metre track and field event on March 16.

Besides Dutee, another woman athlete of the state, Purnima Hembram, won a silver medal in the heptathlon on the last day of the event organized by the Athletics Federation of India.