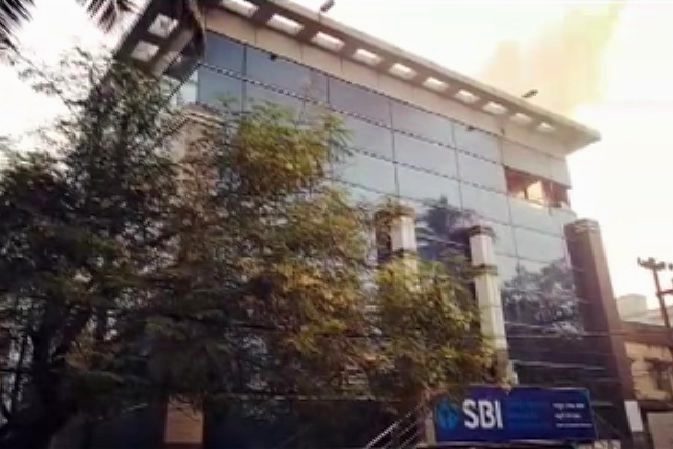 Bhubaneswar: Fire broke out at the office building of the State Bank of India’s Bapuji Nagar branch in Bhubaneswar in the early hours of Saturday.

According to reports, some locals of Bapuji Nagar noticed thick smoke billowing out of the second floor of the SBI office building early in the morning and informed the Fire brigade.

Two fire-fighting vans from Kalapana Square rushed to the building to douse the flames.

Till reports last came in, the Fire Services personnel had contained the fire.

As informed by the senior Bank officials, barring some files and electronic equipment which have gutted, there was no extensive damage to the remaining assets of the bank.

The Fire Services personnel told the media that fire was due to a short-circuit.