Flying In COVID Times: A Moment Of Quiet Heroism 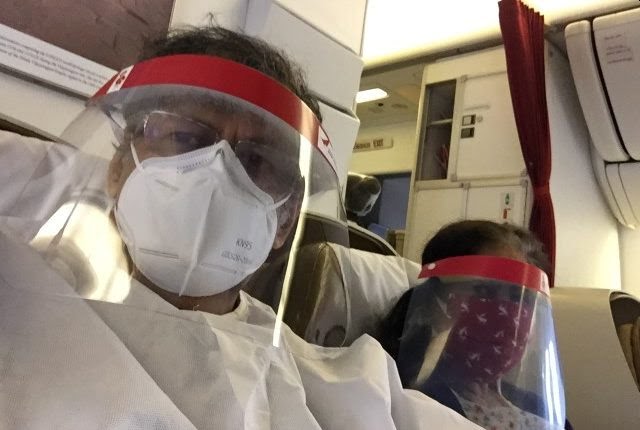 Nothing could stop us now. We were homeward-bound. Our little moment of heroism awaited us. I took courage from Renu’s determination to go, be it hell or high water that we faced. She in turn took heart from my desire, made stronger by the minute as the clock advanced, to ace it. We were like Donald Sutherland and Helen Mirren in The Leisure Seekers, hitting the freeway in their RV in gay abandon. We were, of course, to walk on ether without most of the known certitudes of the pre-pandemic time air travel. But time had come to redeem a pledge, to navigate on our own, and, in our 60 plus years, the most perilous adventure of our life: a COVID time Vande Bharat aerial evacuation.

I finished my last walk around the neighbourhood and returned to 173 Fountain Springs Road just before 6 pm. As usual I entered the house through the kitchen door in the back, taking in, for the last time, the small fenced up garden space to the right and the small paved parking pad that was in line with the kitchen door. Tomorrow we will be far away from the little corner house and its four much-loved denizens, not to mention the picture post card setting of Holly Springs.

The signs of the impending send-off were palpable as I came into the kitchen. On the dining table was the Chinese takeout in paper boxes, shaped like inverted trapeziums. On the kitchen counter gleamed two bottles of red wine and a bottle of champagne. John, our son-in-law, thought of adding a champagne touch to the finale.  “Nothing sort of champagne would do, uncle,” he said. He was always for making it count even if it was the gallows that you were staring at tomorrow, like the (in)famous Charbaka. Apart from it being the last day of our six-month long stay with our daughter, it was the ides of July, my birthday.

Our minds were of course far away from the little oasis of the present moment. My wife and I were thinking of New York. The authoritative commandment from Andrew Cuomo, the Governor, was writ large wherever we looked. Anyone – except essential workers – travelling from North Carolina, red-flagged as a ‘designated states’ for the recent spike in cases it was seeing, would self-isolate for 14 days at their own cost if their transit in New York exceeded 24 hours. Plus a fine of 2000 USD if one got caught for wrongdoing. Strictly speaking, we were over the time limit by half an hour, but we were well within it if the four-hour prior reporting protocol for international travel was to be factored in. This would be our fail-safe logic. But would I be able to count on my power of expression at a time of high pressure? What if I stuttered, spluttered and fumbled with what remained of my insecure, halting and heavily accented English? 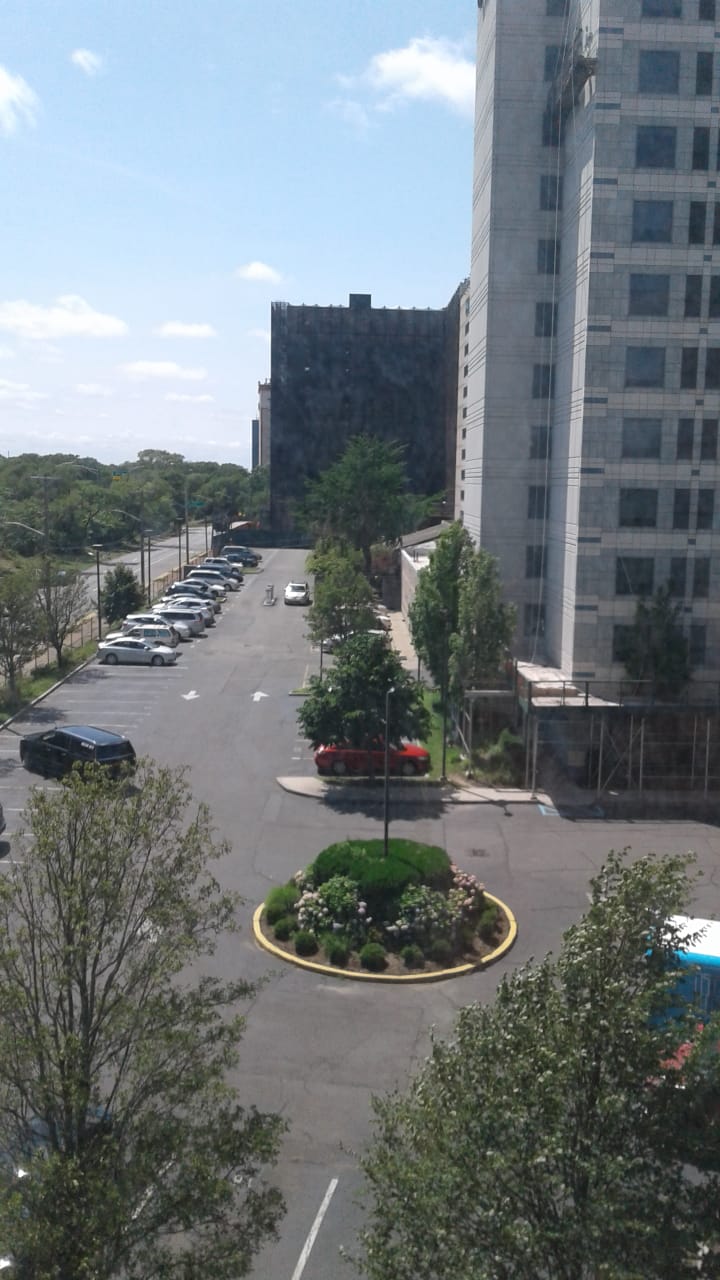 The two-hour long JetBlue flight from Raleigh-Durham airport to JFK, New York, on July 16 was uneventful. The test for us was how we would fare at the first check point where an official would inspect our traveller health forms. The second test was to find our way to the designated pickup area where the shuttle from Marriott Bonvoy was to collect us. When the first barrier was crossed without any hassles, I felt a wave of reckless courage wash over me.

There was a train that we had to take outside the exit area to go to the pickup point.  Suddenly my muscle memory kicked in – I had travelled to England alone more than three decades ago and had arrived at my destination Norwich simply by looking long and hard at signs and matching them with what I had read. We found ourselves not only aboard the train but deposited at the right place 15 minutes later. One more hurdle. Our check in at the hotel was at 3.00 pm and we were at the pickup point at 1.00 pm. The receptionist happily obliged when my daughter made a telephonic request. We were aboard the shuttle in 15 minutes. Ten minutes later we were checking in.

And so we were in our room at the hotel, but far from safely ensconced. Perhaps calling it a hotel was a misnomer, for there was nothing of the razzmatazz that you associate with a hotel, none of that vibe that comes from knowing you are in an elite, superfine place where you feel centred amid a whirlpool of comings and goings around you.  Not merely that; danger seemed to lurk in every aspect of the room, in its gleaming door knob and handle, the TV and AC remote, the automatic jug kettle, the granite counter along the wall facing the double bed and so on. In the first wave of COVID-19 a great fear was the fomite-mediated transmission of the virus. A man’s only protection against the invisible enemy, apart from frequent hand washing, was a thin strip of lisol wipe for disinfecting the surfaces.

Half an hour of frantic wiping later, we claimed the room, which basically meant turning our gaze outwards through the windowpane rather than into the interior of the hotel which was off limits for us. The city of New York was out there. But it didn’t buzz, hum and rush. Tall buildings stood at regular intervals, but were totally bereft of human presence. Not a soul on the roads. The airport was just across the street. No plane thundered in to land or thundered out to take off. It was completely unlike how we felt, staying at Hotel Leonardo in London just two years ago when we took a vacation there following our retirement. Leonardo was near Heathrow and the airport rubbed its presence in with the continuous rumble of its planes. By contrast JFK was a completely quiet affair. It was as if we were in a scene from a science fiction film where aliens from the outer space had, with their very advanced form of technical warfare, targeted only humans, liquefied them, but preserved their empty nests to take possession of, as they were unable, unlike us, to build houses, roads and buildings.

There was no question of getting out of the hotel for a walk. The travel guidance was clear: if you are in transit in New York, stay put where you are staying. The hotel had suspended its dining room operations and allowed only deliveries from a few listed eateries. Our obvious choice for online delivery was Tandoori Garden. But once again we ate, much like the previous evening, for our bellies rather than for our palates.

The clock was a constantly ticking time bomb as it made us inch towards first light and check out. The hotel shuttle picked us up at 6.30 am and dropped us in front of terminal 4 of JFK. As we saw other Indian passengers pouring into the many-mouthed terminal building, all headed towards the check in counter of Air India 102, we knew that we had lived to fight another day. In our sixty third years, that was no mean feat indeed. The words my late paternal uncle had uttered during the height of my Hindi film hero-worshiping high school years, hit home. “You’re the hero in your life’s story. Everyone is in theirs.”

Low Pressure Likely Over Bay In Next 72 Hours; Odisha To Receive Heavy Rainfall From Today