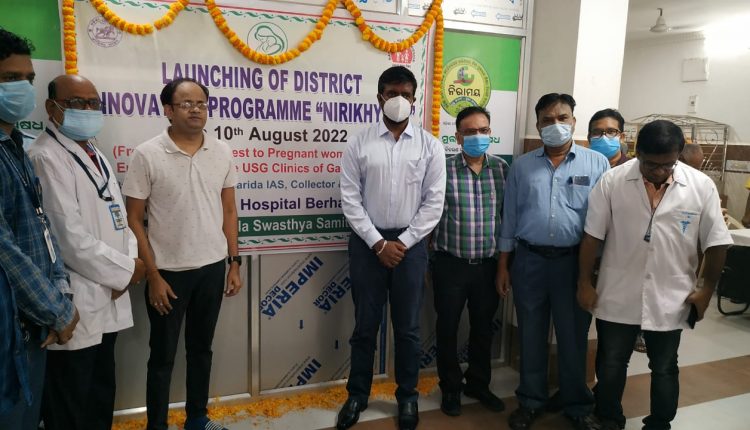 Under the scheme, pregnant women can avail free ultrasound tests three times at 18 private hospitals in the district. They can undergo the test in the 12th, 16th and 36th week of pregnancy. They have to produce written permission for the test from a government doctor.

Speaking on the occasion, the collector said the scheme aims at reducing infant and maternal mortality in Ganjam. The administration has signed an agreement with private hospitals in this regard, he added.

He further said women can easily undergo ultrasound tests in tune with the Pre-Conception and Pre-Natal Diagnostic Techniques (PCPNDT) Act in their respective areas. The administration would spend around Rs 3 crore annually towards providing the facility, he informed.

The chief district medical officer (CDMO) has issued the standard operating procedure (SOP) to the hospitals which would be provided Rs 150 for each case. The private hospitals have to maintain a special register for the purpose.

The administration has formed a 10-member team, including senior officials of the district health department, to ensure smooth implementation of the scheme, said the collector.