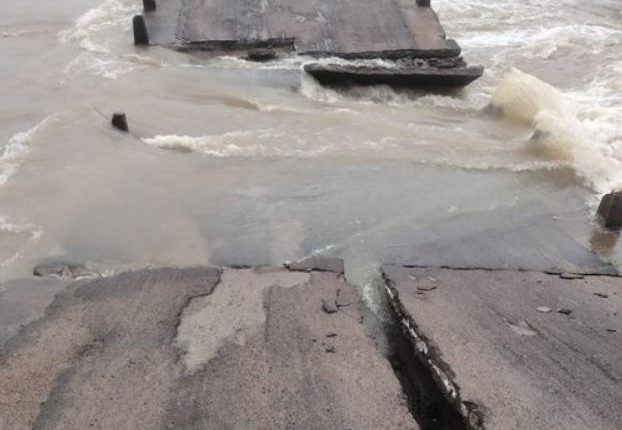 Nuapada: Following torrential rains, a bridge over Jonk river collapsed in Odisha’s Nuapada district on Wednesday, snapping road connectivity with several areas in the state as well as neighbouring Chhattisgarh.

A major portion of the bridge between Sarabanga and Amanara over Jonk River, which was in spate following incessant rainfall during the past couple of days, has caved in. No one has suffered any injury or harm in the incident, sources said.

Villagers in the area alleged that the construction of the bridge was of poor quality and demanded immediate steps by the authorities for restoration work.

Vehicular movement between several areas of Odisha and Chhattisgarh has been severely affected and a large number of vehicles remained stranded on both sides of the road, they said.

Senior officials were taking stock of the situation and steps would be taken for reconstruction work as soon as the intensity of rainfall subsides, sources said.

Several villages, agriculture fields and low-lying areas in Nuapada were inundated by water after heavy downpour.