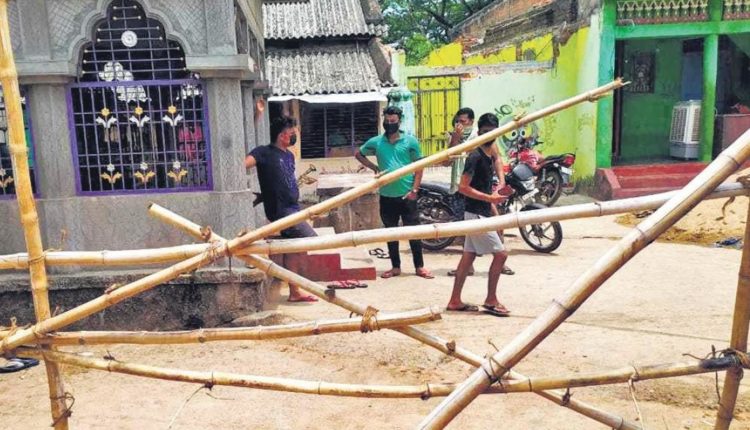 Berhampur: The Ganjam administration on Wednesday declared almost half of the areas under Sanakhemundi block as containment zone after the COVID-19 tally in the district soared to 1030 with 76 new cases being detected in the last 24 hours.

People in these areas have been asked to remain indoors. The district administration has assured to provide essential commodities at their doorsteps.

Similarly, many surrounding villages, including Gambhariguda, Karakhandi, Baughai, Khalingi, have been declared as buffer zone and steps are being taken to sanitize these areas, sources said.

The district administration has also ordered for the construction of check post at the entry points of Sanakhemundi and Hinjili.

Earlier in the day, the administration had decided to keep all government offices out of bounds for the public for the next 10 days after senior officers were found to have been infected.