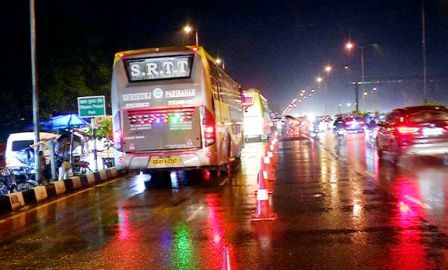 Talking to the media, ACP, Traffic, Amaresh Panda said Acharya Vihar Square, Jayadev Vihar and Vani Vihar Square witnessed heavy rush as all buses from Baramunda bus stand stopped at these places to pick passengers. “Henceforth, buses will stop at the bus stop near Crown Hotel. From there, they will move to the next bus stop at Satsang Vihar over the flyover.  For the convenience of the passengers, we have put up a bus bay at this place. Besides, we have put up cones and deployed adequate traffic personnel. Passengers, who had to wait at Achyara Vihar and Vani Vihar, will now board the buses from here.”

Speaking about the new arrangement, secretary of Private Bus Owners’ Association, Barada Prasanna Acharya said that the new bus bay identified at Satsang Vihar is not a permanent solution. “If the police have decided to put up a permanent bus bay, efforts should be made for the construction of a permanent shade for the passengers,” he said.

He, however, welcome the new traffic arrangement. “Keeping the heavy traffic in mind, we are cooperating with police for the convenience of the commuters,” he added.