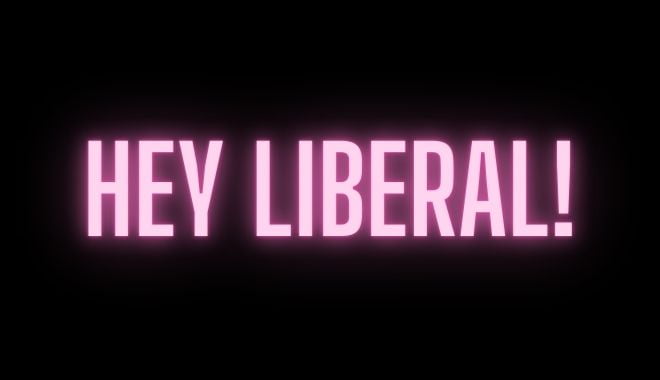 What does the term ‘liberal’ mean exactly? In the current political discourse it is as much a prejorative expression as ‘bhakt’ and ‘secular’ are. Those at the Left of the political spectrum brand the policies of the Narendra Modi government as liberal or neoliberal. For the Right it is almost a cuss word to describe all with an incompatible intellectual outlook. In more advanced democracies, conservatives and liberals are more or less settled political formations. There too, the word, assuming different meanings in different contexts and points of time, does not render itself to easy comprehension.

That should make us treat ‘exactly’ in the opening sentence with due seriousness. With no exact meaning, ‘liberal’ becomes some kind of an expletive liberally used in everyday banter – the way anti-national has turned out to be. It is a tad baffling because those given to using it are reasonably educated unlike the lay sloganeering party loyalist on the streets or the social media.

Dictionaries roughly explain it as follows:

1) From the perspective of the individual it is the quality of being receptive and adaptive to new ideas and trends. It also refers to the personal attribute of being permissive as against being controlling. Personal decisions of such a person can be at variance with the opinion of the community he lives in.

2) As a socio-political concept it stands for individual freedom and equality, and protection of civil and political liberties. It advocates parliamentary system of government and guarantees from the latter on rights of the individual. It seeks the rule of law, primacy of science over religious traditions and reason over faith.

3) As an economic construct it emphasises on free, self-regulating market, freedom for individuals to pursue economic goals and protection of private property. In short, it stands for the virtues of capitalism as against those of socialism.

The ideas of liberty, equality, acknowledgement of diversity and the primacy of individuals vis-a-vis the government occupy the central space in classical liberalism. However, it has evolved over centuries by adopting new features such as welfarism and policies for the greater common good controlled by the government so much so that the original postulate stands seriously diluted. If the ideological Right often looks more Left than the ideological Left or the Left appears more Right than the Right in many areas, particularly the economy, it can be attributed to the inherent fluidity of the word ‘liberal’, or its irrelevance in practical politics.

Now, is Narendra Modi liberal or conservative? It is difficult to pin him down to any category on the basis of economic policies. He is the same person who would give the call for ‘minimum government, maximum governance’ and also preside over expansion of government control in all spheres. He would ridicule the welfarist policies of centrist governments earlier, yet take those very policies deeper and wider. From the perspective of economic thinking he can be seen as much as a liberal as a conservative. This goes for most other prime ministers post the economic liberalisation in early 1990s.

The criticism of liberalism in the social context is primarily linked to its attention to human rights, pluralism (religious and otherwise), free speech, civil liberties, the concept of equality before the law among others. It is apparent that the faithful of the Right bear certain antipathy towards these principles, or at least the way they have been put into practice. However, like in the case of economic belief, things are quite mixed up here. Neither liberal nor conservative is a hard-bound concept. The same person can be either depending on circumstances. We all are.

Now is being illiberal – read hateful towards all finer human values – the answer to being liberal? No way. It would make us lowly beasts. Beyond the limited purpose of being hurtful to others for reasons political or personal it makes little sense.

At the personal level, the rigid application of the term can be equally confusing. Each person can be liberal and conservative at the same time in private habits, social conduct and in relation to others unlike him. Education, socialisation, intelligence, degree of social exposure and capacity for having a benign outlook towards the world come into play here. The choreographed hate-mongering and anger we notice on the social media and elsewhere is not the reflection of normal human behaviour. It’s clearly driven by a motive.

Liberal, in the light of its flexibility of meaning, thus lacks the required pungency to be a cuss word. As a stinkball flung to and fro across the political and ideological fence, it actually comes across as farcical. Whether democracies can thrive on illiberal traits is topic for another day.

[This is Part 22 of our series titled Decoding Democracy]

Also Read: Peep Into The Mind Of A Bhakt: Where Pragmatism And Surrender Of Self Worth Co-Exist