Hockey WC: Sonu Nigam To Perform At Rourkela City Fest; Know How & When To Book Tickets

Bhubaneswar: The FIH Men’s Hockey World Cup 2023 is getting bigger and better than the 2018 edition. Apart from the high-voltage matches at the Birsa Munda and Kalinga stadia at Rourkela and Bhubaneswar, there will be many entertainment activities off the field during the quadrennial event scheduled to be held from January 13-29.

The Rourkela City Fest is being organised from January 14-22 and will feature live performances by leading Bollywood singer Sonu Nigam and actor Disha Patani along with K-Pop star from Odisha Shreya Lenka.

Sharing a poster of the event with the celebrities, Odisha Tourism tweeted that online tickets for the fest can be booked online from January 8. 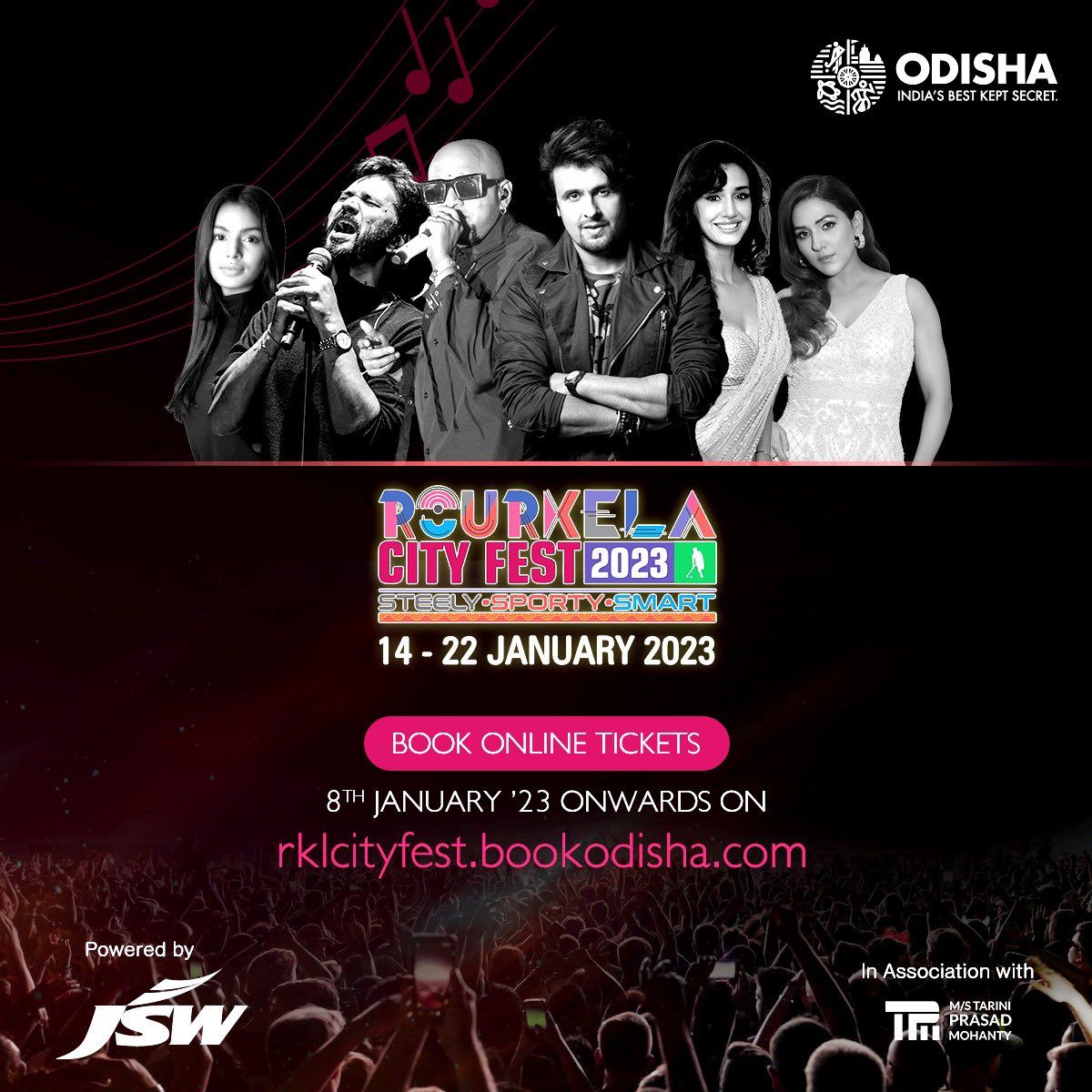 The second edition of .FEST in Bhubaneswar from January 15 to 29 will also be a star-studded affair with Bollywood divas Disha Patani and Divya Kumar slated to enthral the audience during the curtain raiser. Renowned dance choreographers like Shiamak Davar and Salman Yousuf would also be taking the stage along with singers Guru Randhawa, Harshdeep Kaur, Neeti Mohan, and Amit Trivedi, who would present enchanting contemporary, classical and Sufi night performances.

The audiences would also get to witness a laughter riot with stand-up comedians Sunil Grover and Shilpa Rao followed by a retro night by popular 90’s singers Udit Narayan, Alka Yagnik and Sukhwinder Singh. There will also be a fusion fiesta by Siddhart Mahadevan, Shivam Mhadevan, and Shrinidhi.

The city denizens will also get to celebrate with food, stories, trails and exhibitions.