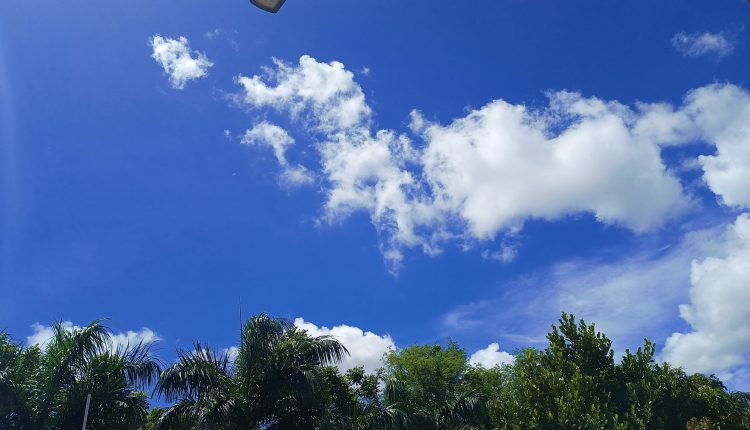 Bhubaneswar: Two back-to-back low-pressure areas (LOPAR) over the Bay of Bengal is likely to bring the much-needed relief from the hot and humid weather that Odisha is experiencing for the past week due to a weak monsoon.

“The first LOPAR is likely around September 8 and there is a likelihood of formation of another between September 9 and 15,” IMD’s senior meteorologist Uma Shankar Das informed.

The IMD in its North Indian Ocean Extended Range Outlook for Cyclogenesis said that there is a likelihood of formation of cyclonic circulation/low-pressure area over westcentral and adjoining northwest Bay of Bengal during week 1 (September 2 to 8) and week 2 (September 9 to 15). However, no cyclogenesis (formation of depression) is likely over the North Indian Ocean during the period, it added.

Notably, the daytime temperature at numerous places has remained above average in the past one week while humidity has increased people’s discomfort. Ten centres recorded above 35 degree Celsius, which is at least 2 to 3 degrees above normal, while places across the state have recorded humidity over 80% in the last 24 hours. The twin cities of Bhubaneswar and Cuttack have also recorded above 35 degree Celsius over the week.

Weather experts have attributed the increase in temperature to the absence of clouds and a clear sky. “While some districts will witness moderate rainfall in the next couple of days, this weather condition will persist this week in the absence of a system to turn the moisture into rain,” Das told the media.

CHECK IMD FORECAST FOR NEXT 5 DAYS 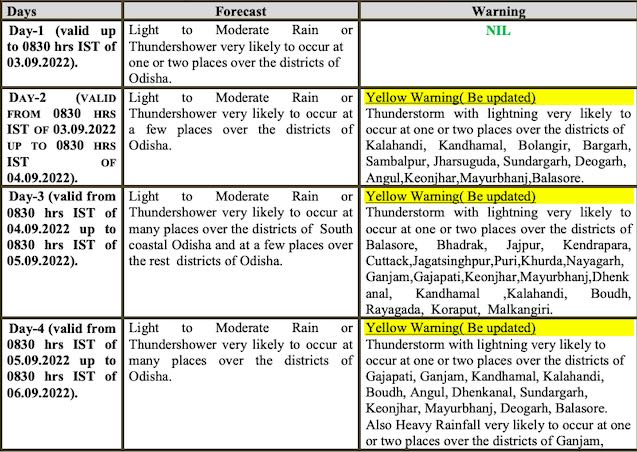