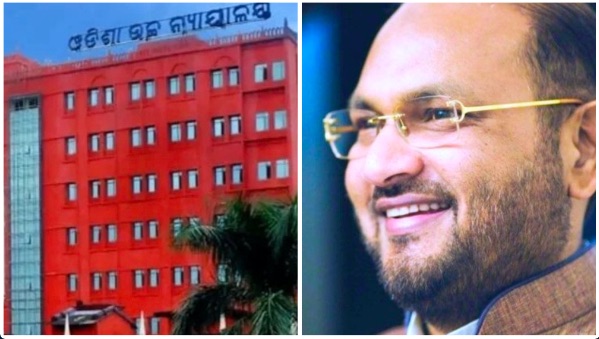 Cuttack: In a huge relief for Cuttack-Barabati MLA Mohammed Moquim, the Orissa High Court on Monday stayed the three-year jail sentence awarded to him by a vigilance court in a loan fraud case.

While issuing a stay on the execution of sentence/fine, the HC admitted a criminal appeal, called for the record from the trial court and granted interim bail to him on furnishing bail bond of Rs 1 lakh with two sureties. The next hearing of the case has been posted for October 13.

Mouqim had moved the High Court, seeking suspension of his conviction. Senior advocate Pitambar Acharya pleaded the case on his behalf, sources said.

All of them were slapped with a fine of Rs 50,000 each. In case of default, they had to undergo six more months of imprisonment.

The loan fraud took place when Kumar was managing director of Odisha Rural Housing and Development Corporation (ORHDC)  between January 4, 2000, and May 15, 2001. The basic norms of inspection, verification and collaterals were flouted in the disbursal of loans during 2000-01, sources said.

Metro Builders Pvt Ltd was sanctioned a term loan of Rs 1.5 crore from the state PSU for its Metro City-II project without the approval of the board of directors of ORHDC or the loan committee.