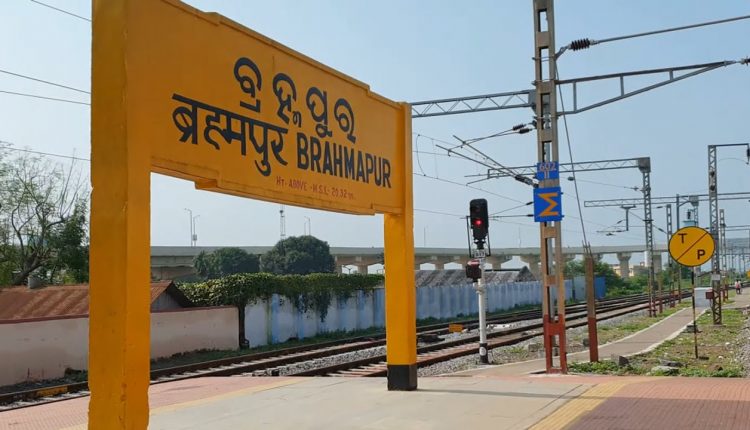 New Delhi: The National Human Rights Commission (NHRC) has taken suo motu cognizance of a media report that Berhampur railway station in the Ganjam district of Odisha has turned into a major transit point for human trafficking from Bihar to Andhra Pradesh.

Reportedly, in 2022, a total of 343 children were rescued from the station but neither they nor their families were provided with the benefits of various government welfare schemes for rehabilitation. The Government Railway Police (GRP) and Railway Protection Force (RPF) rescued them but the persons behind their plight evaded arrest.

The NHRC has observed that the contents of the media report, if true, amount to a violation of the human rights of the victims. The Commission has issued notices calling for reports within six weeks from the Chief Secretaries and Director Generals of Police of Bihar, Odisha and Andhra Pradesh, the Secretary, the Union Ministry of Women and Child Development and the Chairman of the Railway Board.

It has further observed that the Child Labour (Prohibition) Act of 1986 has been in force for over three decades; the National Plan of Action to Combat Trafficking for Sexual Exploitation of Women and Children was formulated by the Union Ministry of Women & Child Development in 1998; and, the NHRC’s Standard Operating Procedure (SOP) for Combating Trafficking Persons in India circulated to all the authorities in 2017 but nothing seems to have changed on the ground.

The incidents of trafficking for the purpose of forced labour or other exploitations in the form of begging, sexual exploitation, and criminal activities continue unabated due to the lack of monitoring mechanisms and insufficient deterrence against the perpetrators of crimes.

In light of the incidents as carried in the media report on January 2, 2023, the reports of the Chief Secretaries of the three states are expected to include the preventive mechanism as per the National Action Plan to Combat Trafficking for commercial and sexual exploitation of children and rehabilitation of the rescued children by uniting them with their families by making them available the benefits of various welfare schemes initiated by Centre and state government.

The reports of the Director Generals of Police of the three states are expected to include the status of the implementation of SOP issued by the NHRC, how many cases have been registered for child trafficking during the last three years; the outcome of the investigation, and the conviction if any.

The DGP, Odisha, must also specify in the report whether any arrest has been made in the incidents mentioned in the media report, and if not, what steps have been taken to this effect.

The secretary of the Union Ministry of Women and Child Development has to submit a report about the mechanism that has already been adopted or is likely to be adopted to eradicate completely child trafficking in view of the constitutional provision, and the law in force. The report from the Centre should also mention the steps being taken or likely to be taken with regard to the implementation of the Central Advisory Committee recommendations for the prevention of the trafficking of a child, starting from the pre-rescue stage to the post-rescue operations, and the rehabilitation as well as the other measures.

The Chairman of the Railway Board has to submit an action-taken report specifying how railway personnel should be more proactive and vigilant like the incident referred in Berhampur railway station across the country to rescue more such trafficked children and to act in coordination with the respective state governments for the purpose of not only reuniting the children with the family but also insisting the state governments for rehabilitation of those rescued children.

Russian Engineer Death In Odisha: Know What Postmortem Report Has To Say