In A First, Devotees To Be Allowed Atop Bathing Altar On Lord Jagannath’s Snana Yatra In Puri 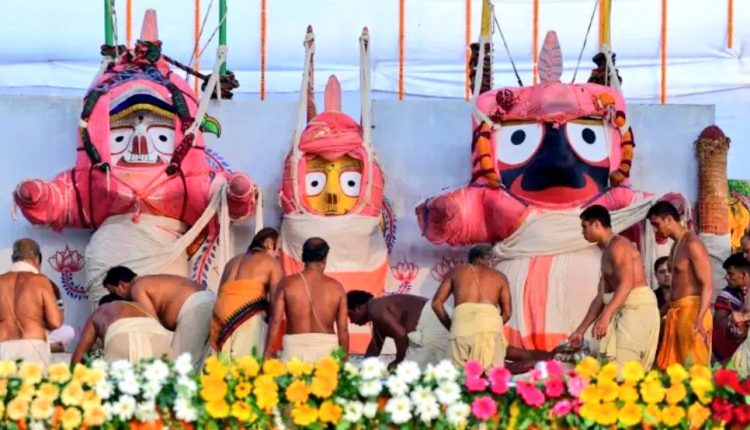 Puri: After a gap of two years, devotees will be able to witness the Snana Yatra of Lord Jagannath and His siblings at Srimandir in Puri, Shree Jagannath Temple Administration (SJTA) announced following a meeting with Daitapati Nijog servitors on Thursday.

This is not all. They will be allowed on the Snana Bedi (bathing altar) of the 12th-century shrine on the auspicious occasion of  Deba Snana Purnima, the bathing ritual of the deities which is a prelude to the annual Rath Yatra.

“Snana Jatra will be held this year with public participation after a gap of two years. For the first time, devotees will be allowed atop the bathing altar for two hours after Hati Besha, but they cannot touch the deities,” said SJTA official Durga Dash Mohapatra.

“Devotees will be allowed to witness rituals from near Snana Mandap after Hati Besha and also participate in the ‘Sahana Mela’ of the sibling deities for 2-3 hours,” Chhatisa Nijog Secretary Ramkrushna Dasmohapatra told the media.

The official further said SJTA is considering holding the annual festival with public participation if the COVID situation continues to remain under control.