In A First, Special Parcel Train Transports Consignment Across Border To Bangladesh 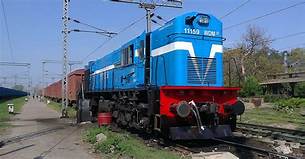 New Delhi: For the first time, the Indian Railways operated a loaded Special Parcel train beyond the country’s borders, sending dry chillies from Reddipalem in Andhra Pradesh’s Guntur district to Benapole in Bangladesh.

All this while, farmers and merchants in and around Guntur area – well known for cultivation of chillies – had been transporting dry chillies by road to Bangladesh in small quantities, which was costing around Rs 7000 per tonne.

However, they could not transport this essential commodity by road amidst the lockdown. The Railways came to their aid, explaining to consignors the advantages of transportation by train. Thereafter, they agreed to transport dry chillies by in bulk through goods trains.