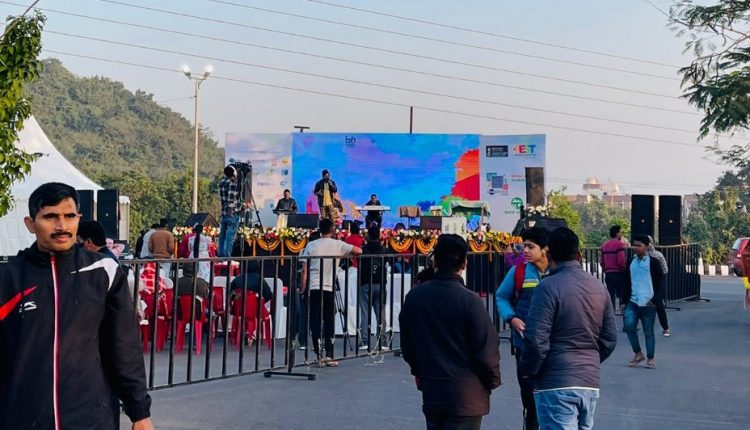 A stage was set up at Sikharchandi Square for the song and dance performances, tweeted Bhubaneswar Municipal Corporation (BMC). Competitions among school students were also held on the stage.

Although the crowd on this stretch was not as large compared to Janpath, many people participated in various activities with their talents such as skating, cycling, painting, exercising at the open gym corner, yoga and rangoli.

In a view to pump up the excitement level among citizens and promote national sports ahead of the Hockey World Cup 2023, slated to begin next week, a hockey corner was also set up with the official mascot Olly smiling at people. “All the sportsmen are very happy and proud that the Odisha government is promoting as well as supporting hockey across the state,” said a hockey player at Patha Utsav.

Of the three ‘Patha Utsavs’ planned by BMC, the first Patha Utsav returned to Janpath in Bhubaneswar on Christmas morning. The second one is on today, while the third event will be organised near Ekamra Constituency on January 15.