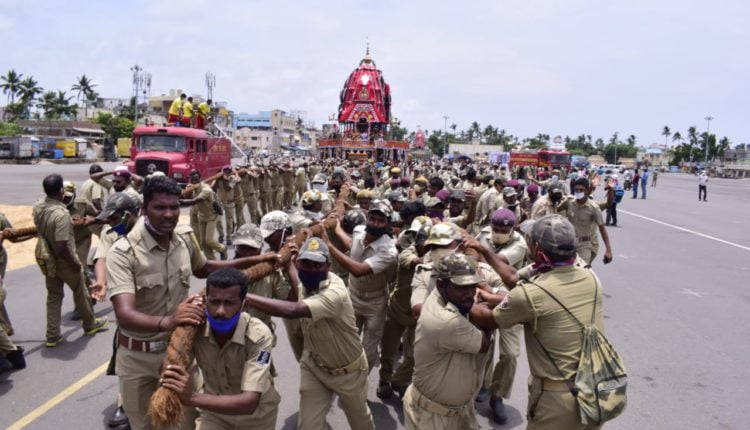 Bhubaneswar: The ‘Dakshina Moda’ ritual or the southward turn of the three chariots of Lord Jagannath and his siblings parked outside Gundicha Temple was held on Sunday.

This marks the beginning of the preparations for the Bahuda Yatra, the return journey of the sibling deities to the Srimandir after their annual sojourn.

After agyaan maala or garland of the consent of the Lords arrives from the Gundicha Temple, the chariot of Goddess Subhadra, Darpadalan, is first turned towards the south. It is followed by Lord Balabhadra’s Taladhwaja and Jagannath’s Nandighosh.

The wheels of the chariots are oiled and checked before they are turned.

With strict implementation of COVID-19 management guidelines, police personnel were engaged for turning the chariots. This year, the annual festival is being held without devotees. The Pilgrim Town will be under curfew for two days from 10 pm on June 30.

A GLIMPSE INTO THE RITUALS 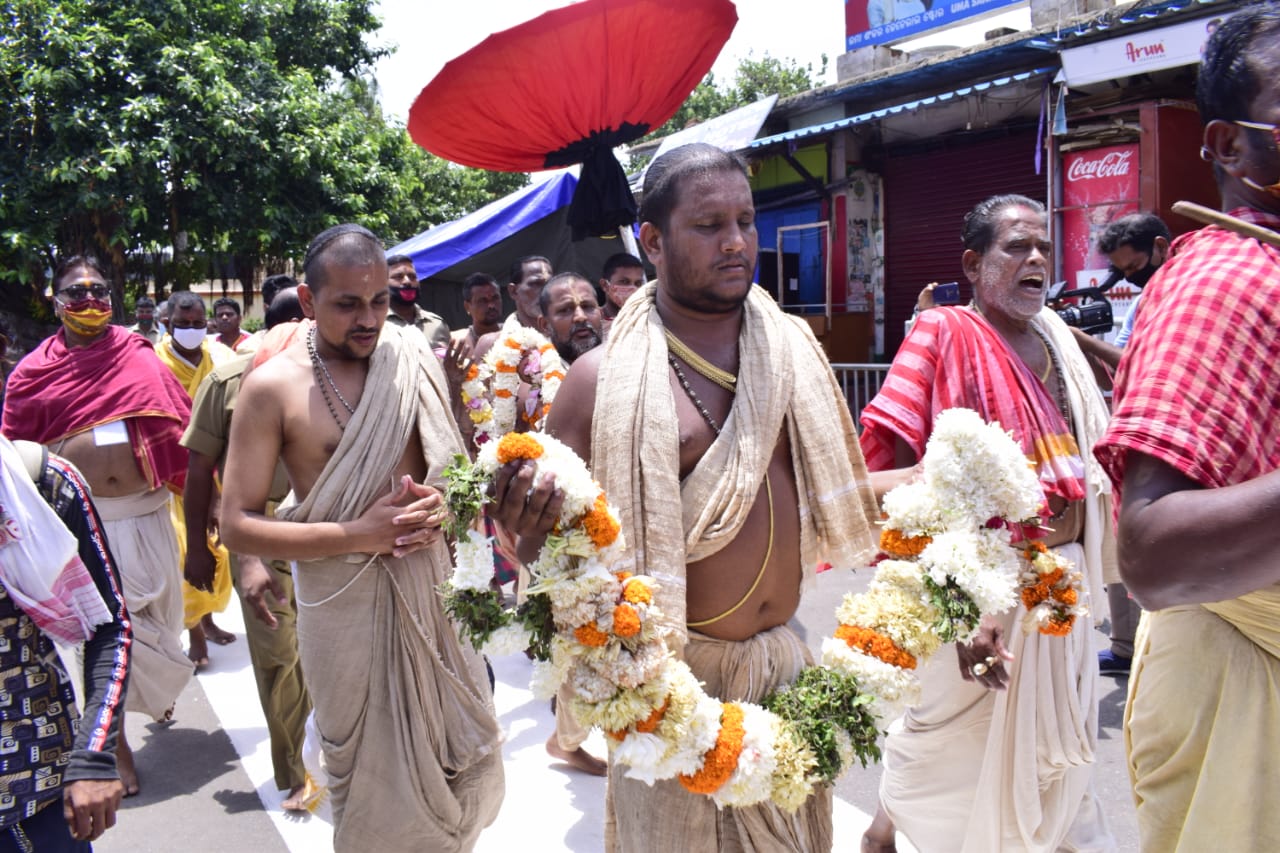 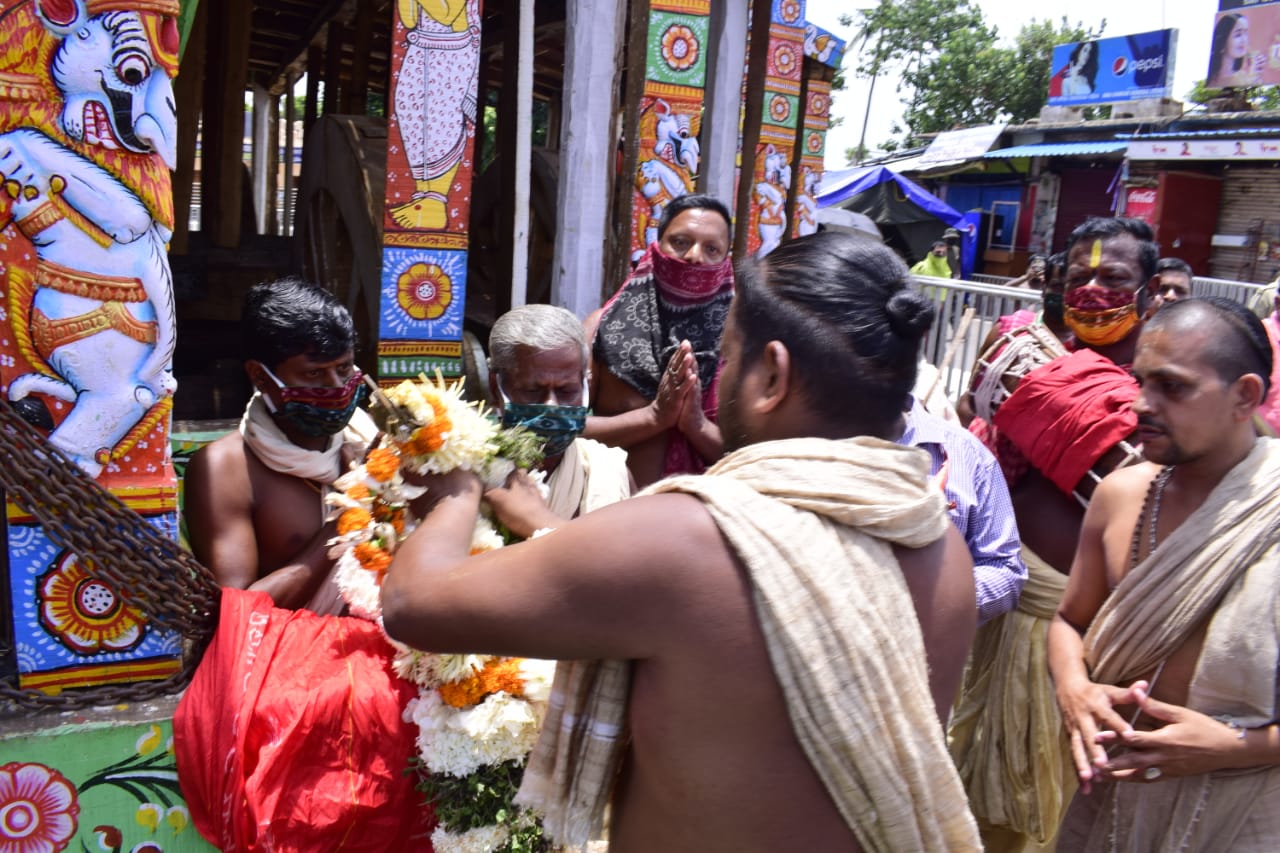 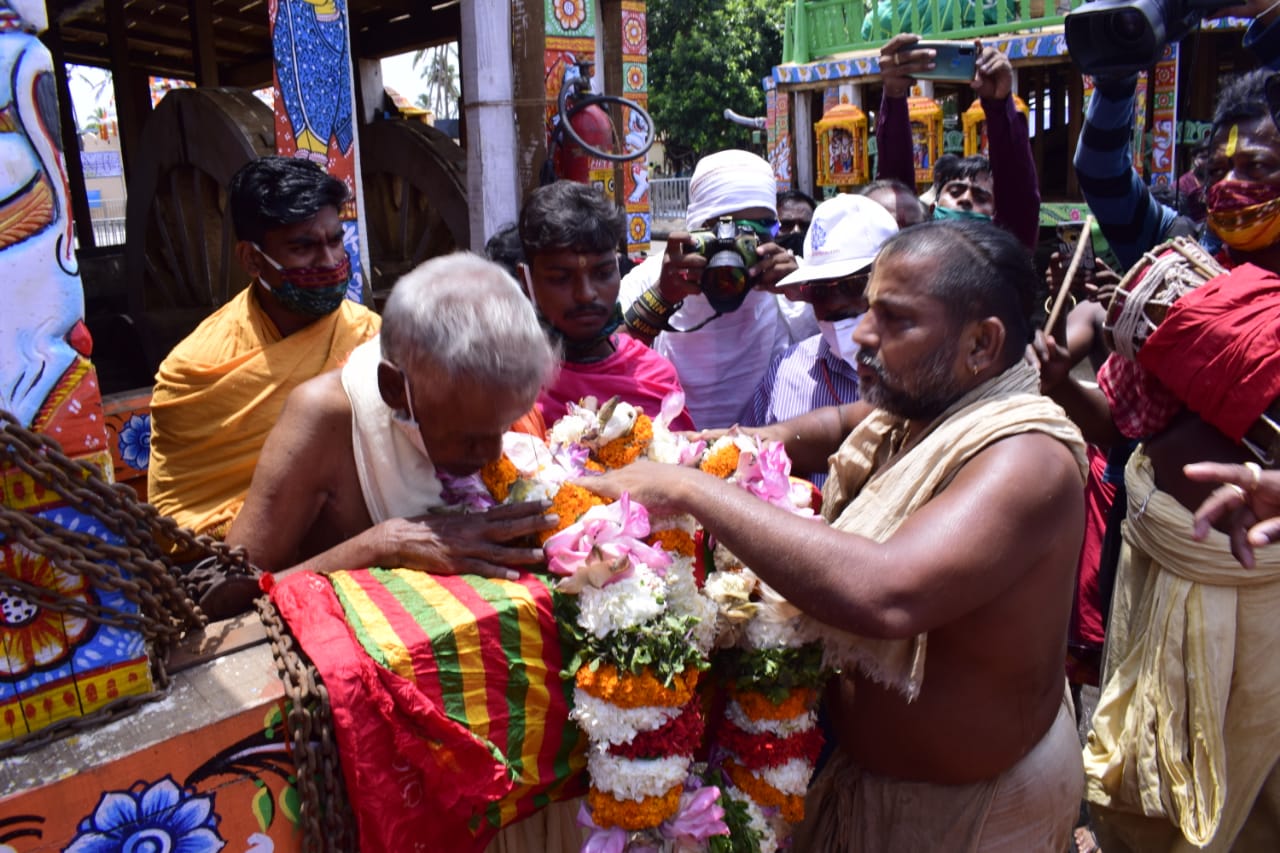 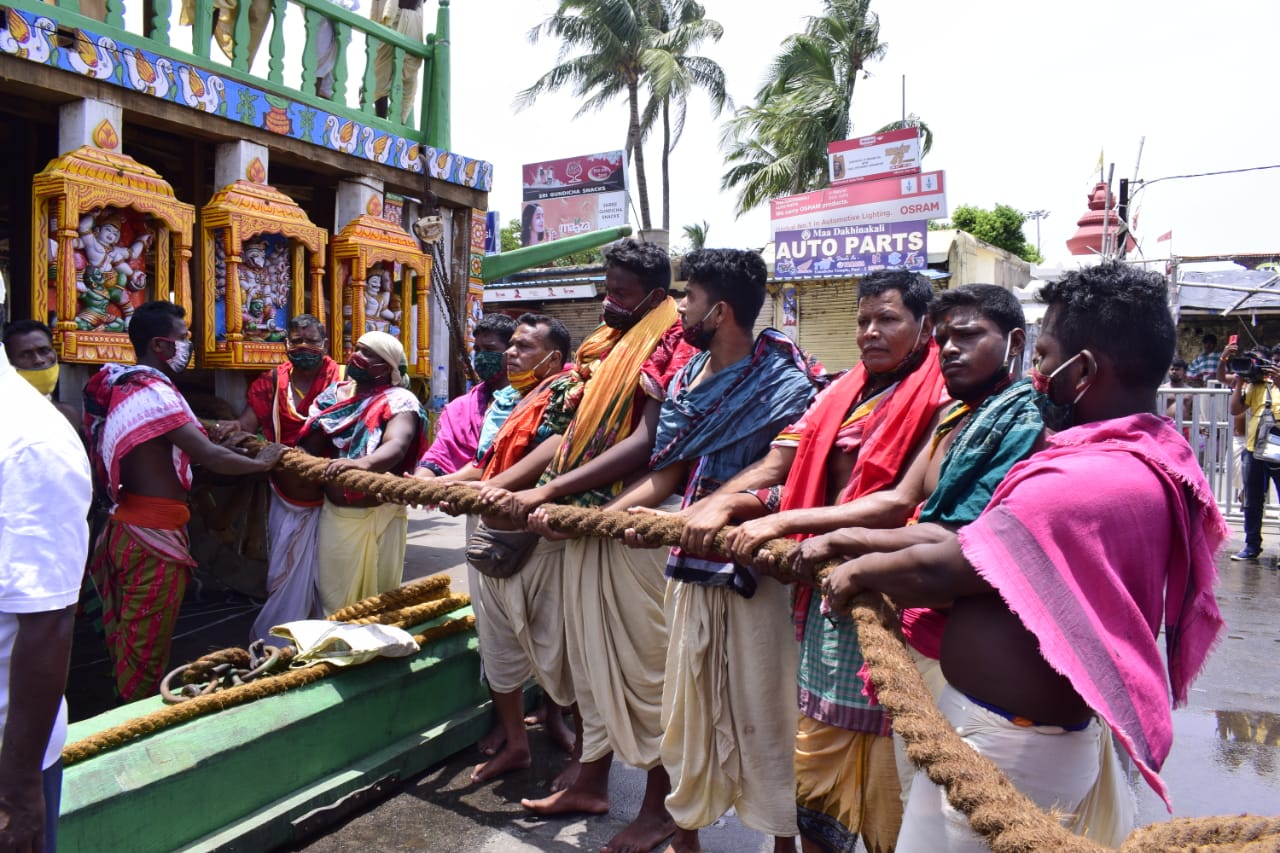 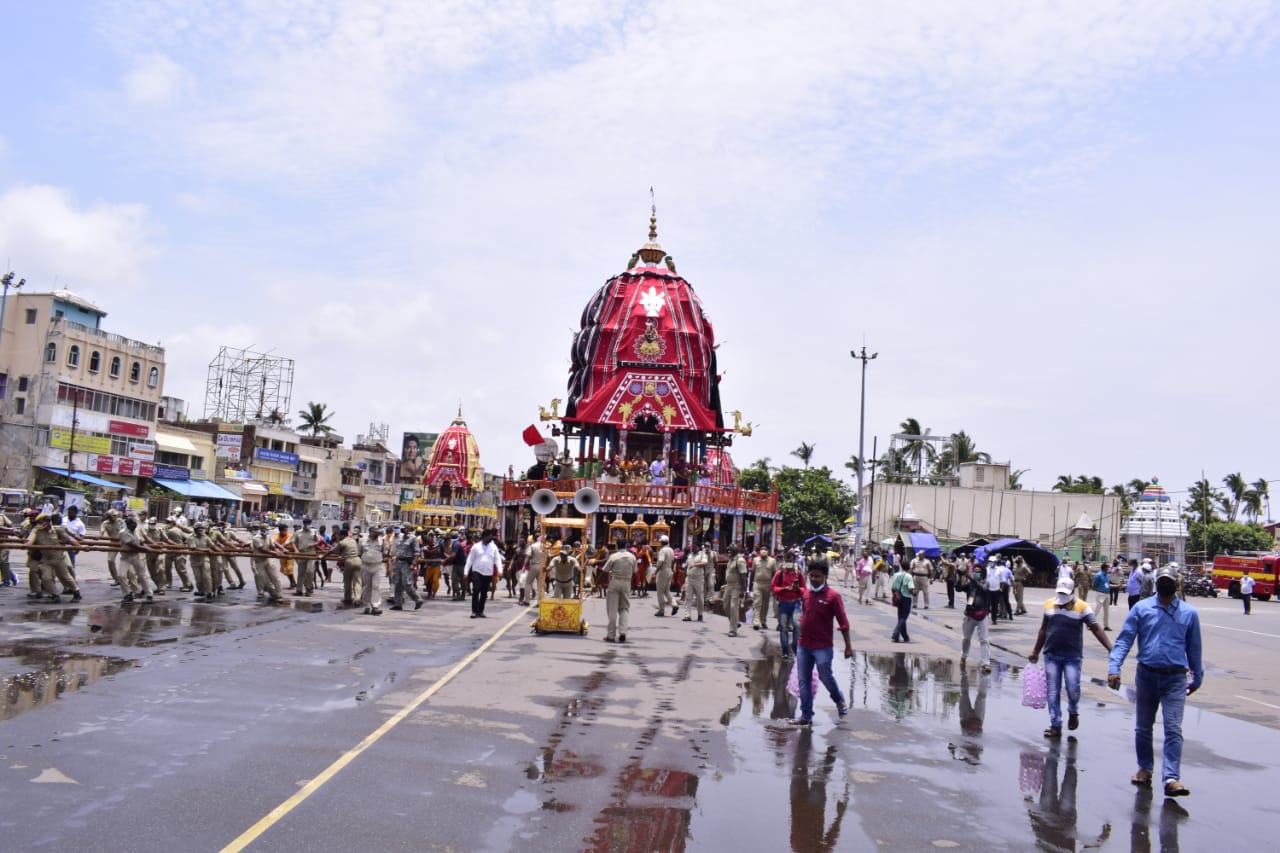 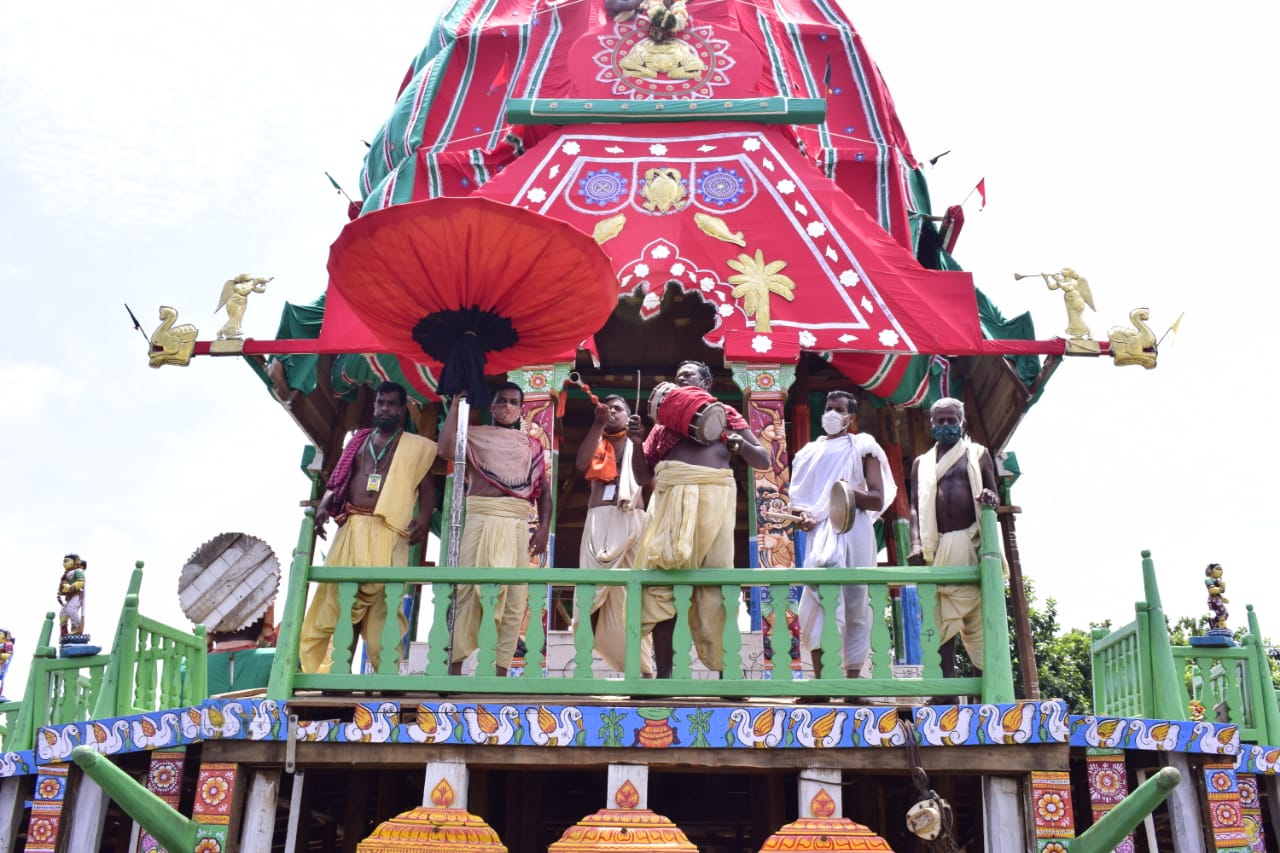 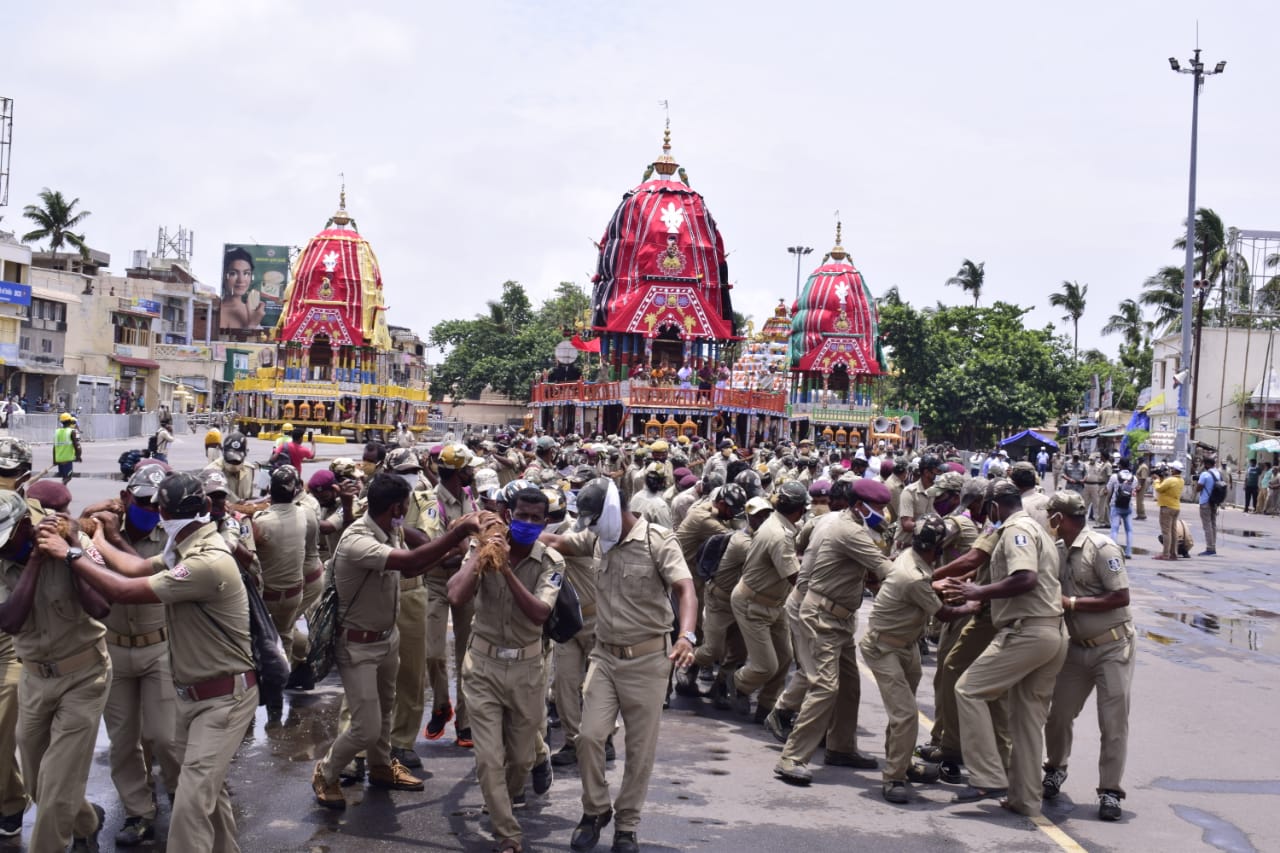 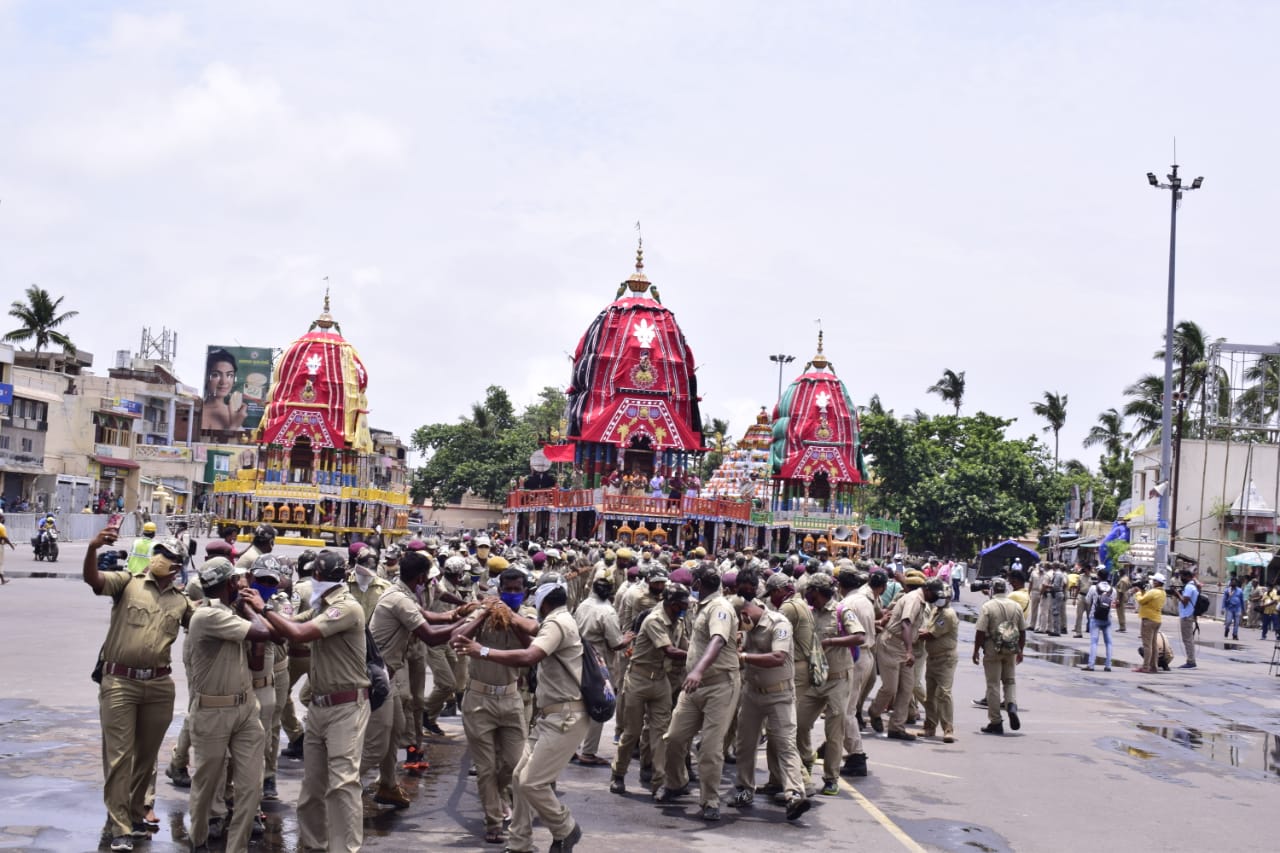 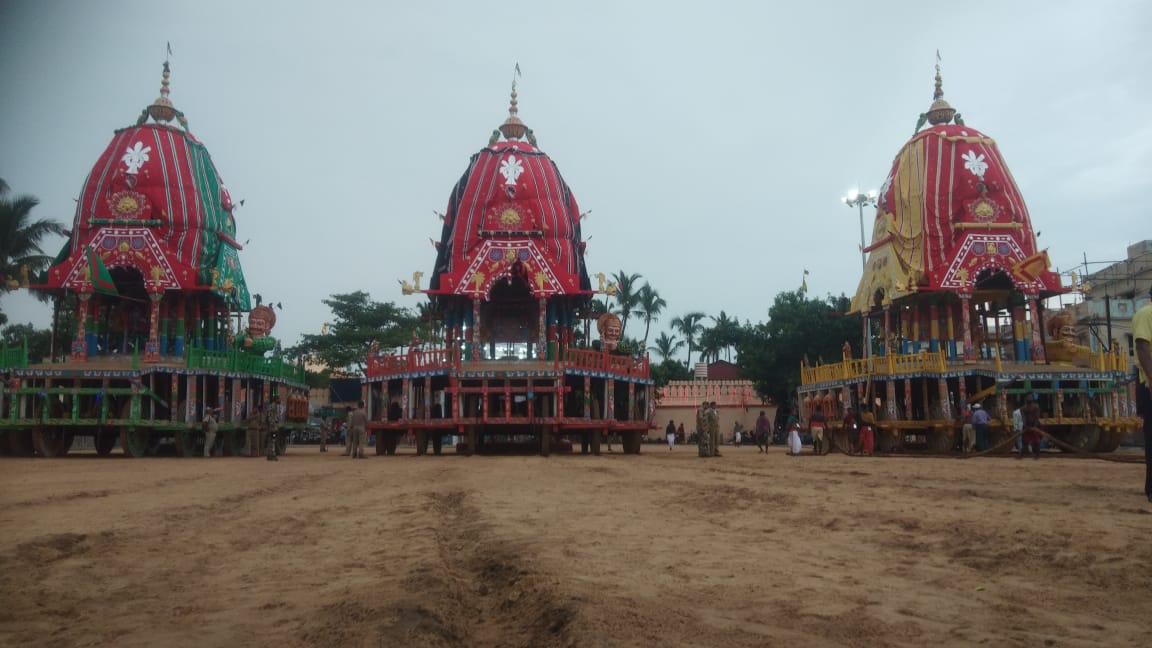 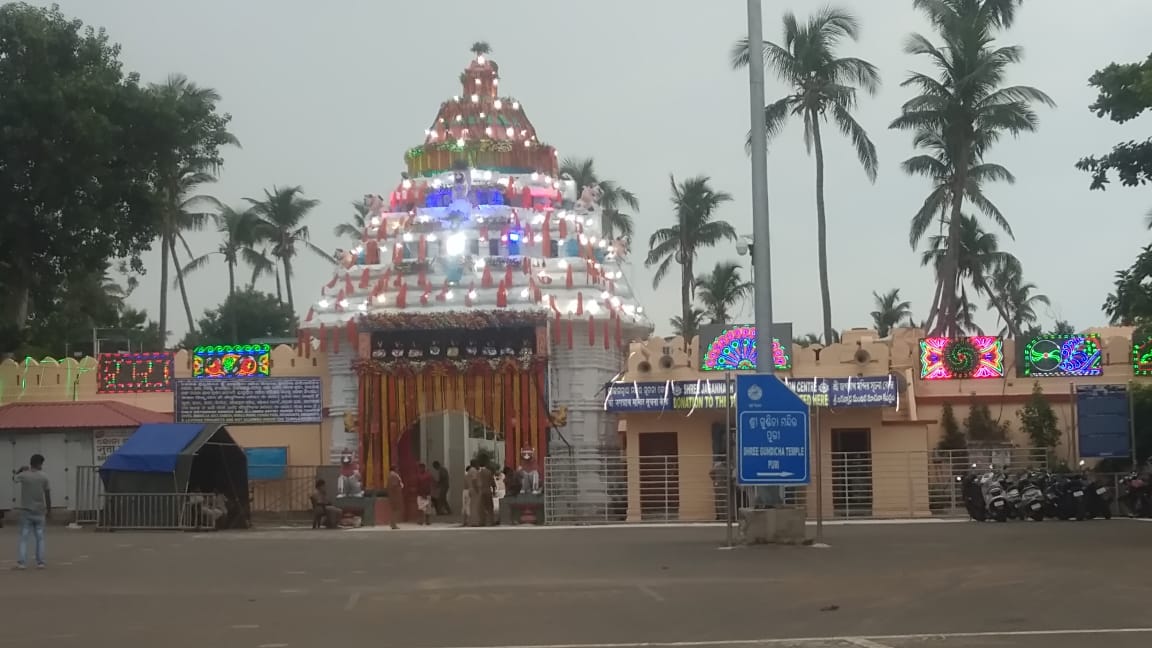