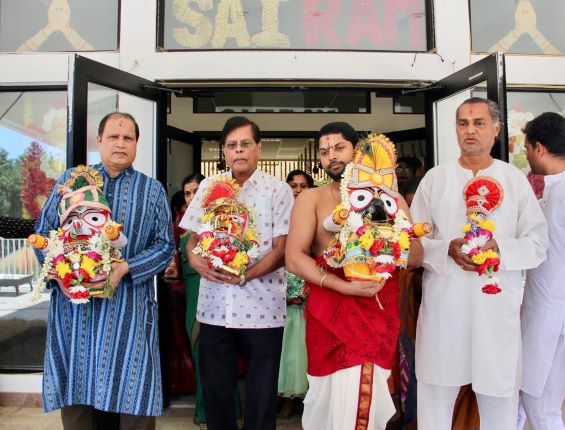 The ceremonies were organised by Odia communities based in New England, in active association with New England Shirdi Sai Parivaar (NESSP).

The Siridi Sai Temple in Groton of Greater Boston, where the Trinity are presently stationed, was aesthetically decorated in an ethnic and elegant look. 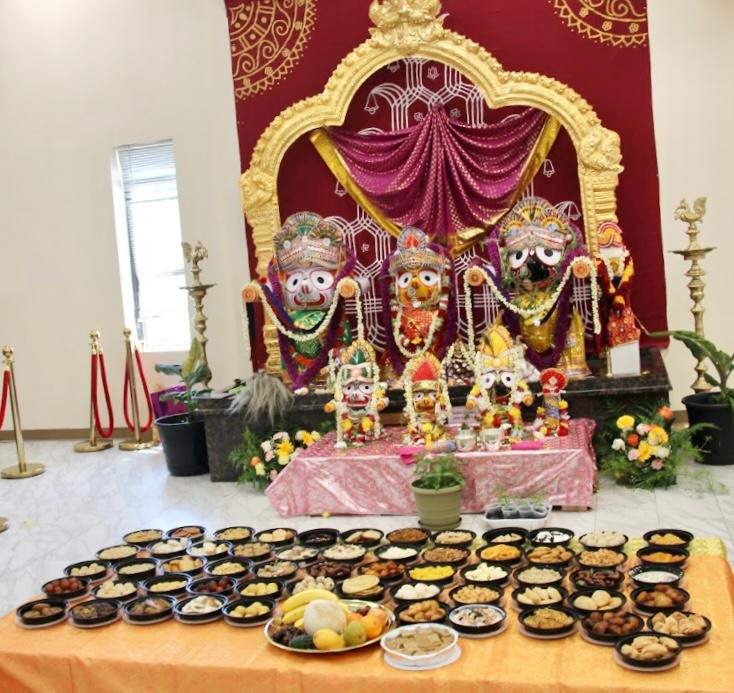 The religious rituals were performed by priest Pavan Acharya in front of the four deities to mark the commencement of the festival.

Around 500 Odia and non-Odia inhabitants from Massachusetts and nearby states like Rhodes Island, Connecticut, New Hampshire and Maine travelled to Groton to take part in the holy festival. 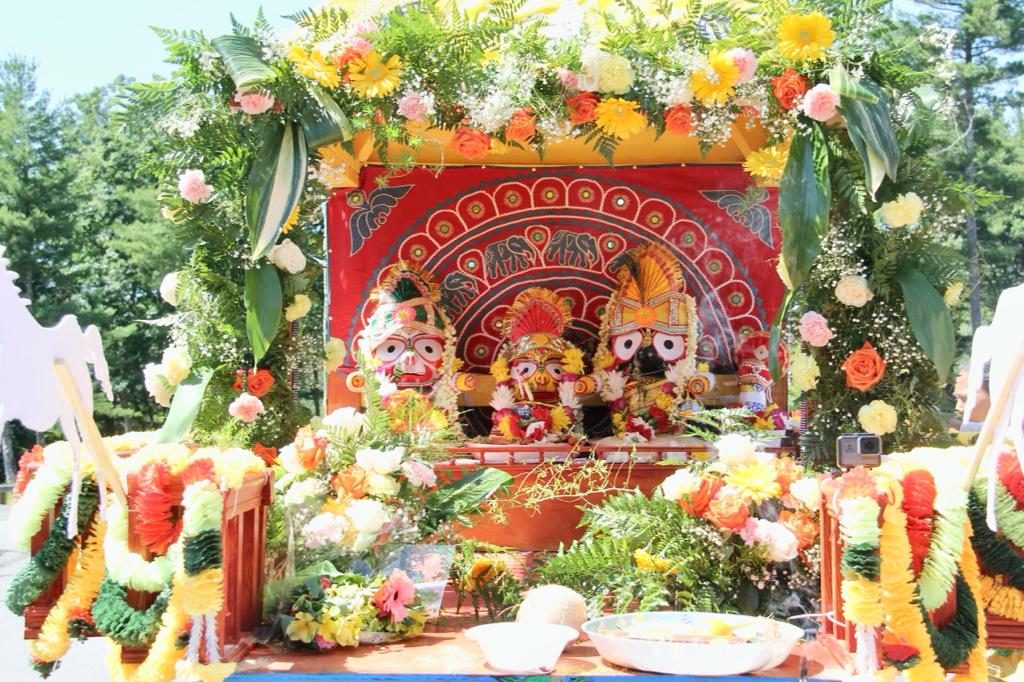 The four Idols were taken in a grand procession to the colourfully decked-up chariot – built by an American carpenter with guidance of temple trustee Niranjan Senapati — with pipli applique works.

Traditional sweeping of the chariot, Chherra Pahanra, was conducted by devotees before the long-awaited pulling started. 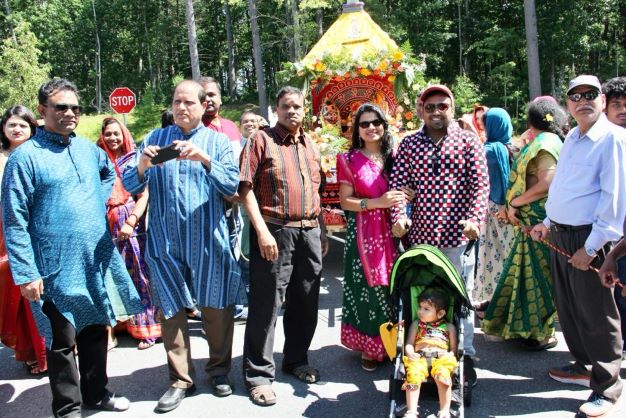 The chariot was pulled for a distance of 2 km around the boundary of Sai temple and then taken back to the temple premises.

All four deities were decorated in golden attire like in the main temple at Puri after which arati was performed before the sanctum sanctorum. 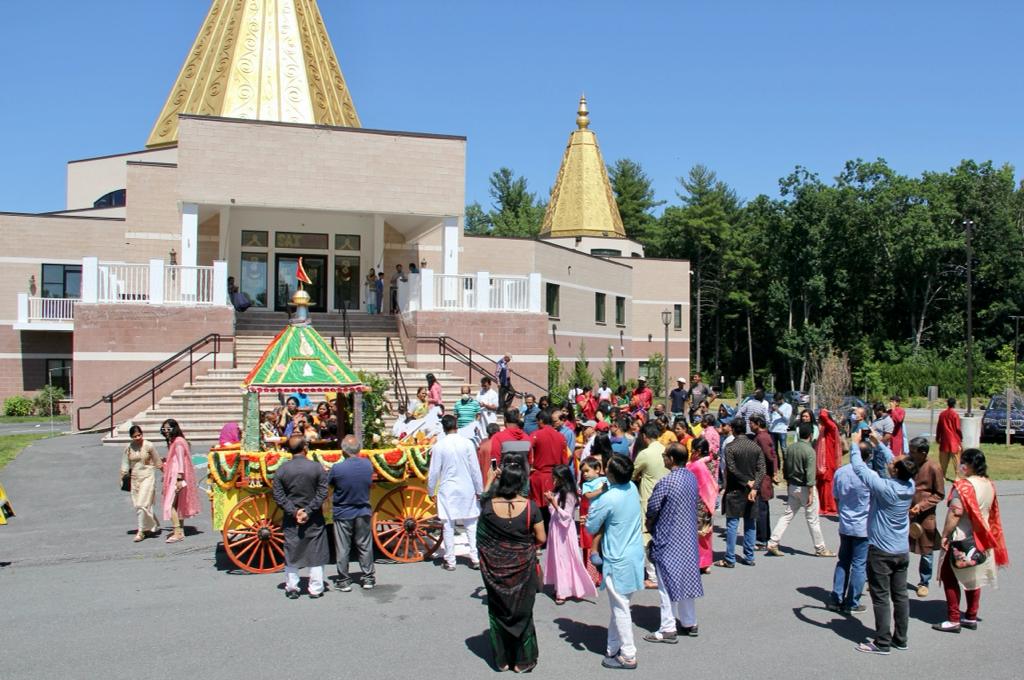 One of the highlights of the festival was preparation of delicious Chhappan (56) Bhog, on the pattern of Anand Bazar at Puri, by temple volunteers under the direction of Sujata Dhal. 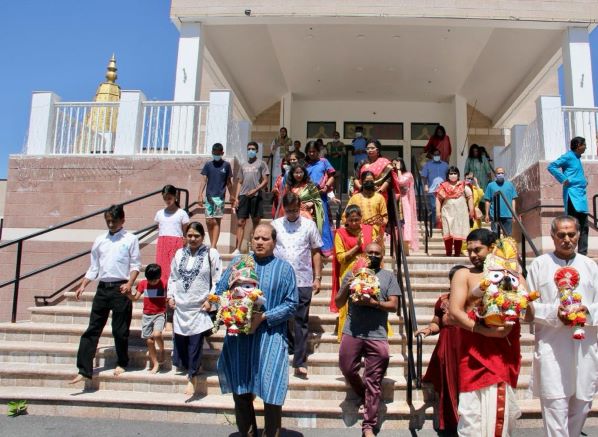 [In Pictures] Odisha’s Tisya Panigrahi Now Dives 70 Ft Into Sea; And She Is Only 12…