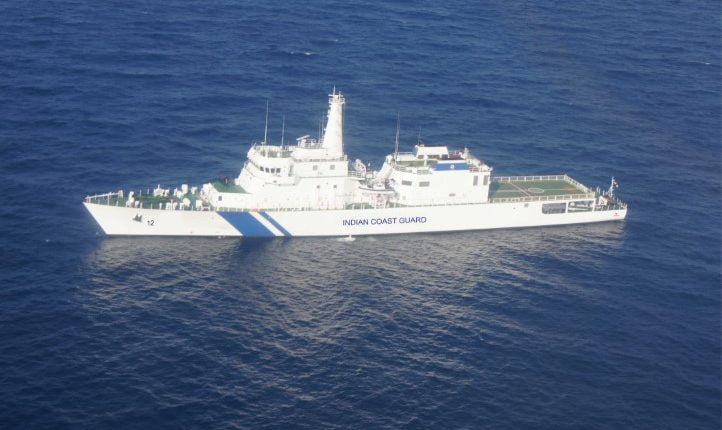 The Indian Coast Guard (ICG) has apprehended a Pakistani boat with 12 crew members off the Gujarat coast during surveillance.

An ICG release said that its surveillance boat seized the Pakistani boat on Tuesday night despite rough and adverse weather conditions, PTI reported.

“On the night of September 14, Indian Coast Guard ship Rajratan, while on a surveillance mission, apprehended a Pakistani boat named Allah Pawawakal in Indian waters with 12 crew,” ICG stated.

Fishermen rescued from boat about to sink:

Meanwhile, ICG rescued seven fishermen from a grounded boat that was about to sink off Vanak Bara in Diu on the night of September 13.

The ICG informed that it conducted the rescue operation with the help of its advanced light helicopter from Porbandar in Gujarat, airlifting seven crew members from the boat that was grounded due to machinery breakdown.