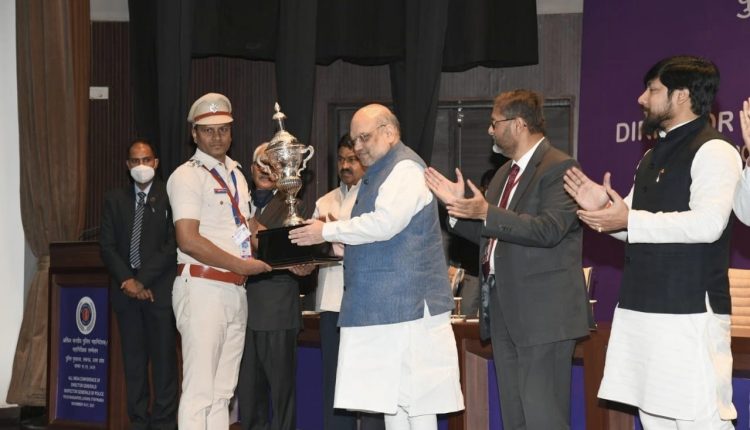 The IIC of Gangapur police station, Dhiresh Das, received the award from Union Home Minister Amit Shah at DGP conference in Police Headquarters of Lucknow. The award carries a trophy and certificate of appreciation. Odisha DGP Abhay was also present on the occasion.

The police stations were selected for the award on the basis of their performance on 49  parameters set by the Ministry of Home Affairs (MHA). Those included enforcement performance, activities and efficiency. The opinion of about 70 people living in the area under each police station was also taken.

After being selected for the award earlier in the month, Das had expressed his happiness over the selection and credited the success of of the police station to the DGP, DIG Southern Range Berhampur and Ganjam SP.

“The award is the result of proactive efforts made by seniors. We have worked under their able guidance at every moment,” said Das.